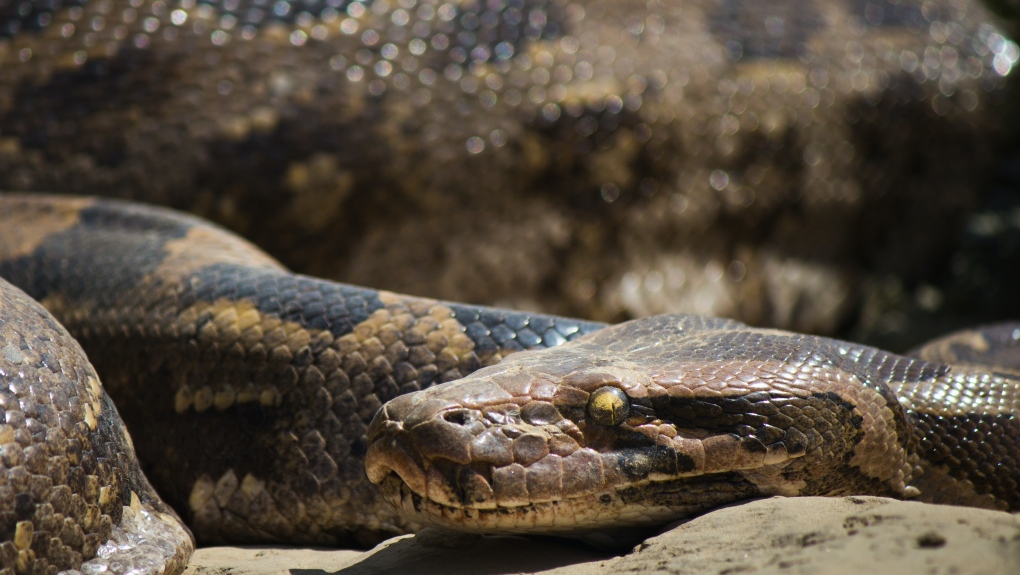 A 54-year-old Indonesian woman who had been reported missing was found dead inside the stomach of a 7-metre-long python, according to police.


Police told local media Detik News, a woman identified as Jahrah was found on Monday, after her husband reported her missing when she didn’t return from working on a rubber plantation in Lembah Gajah village in Indonesia’s Jambi province.


Police told the news outlet there have been several reports of people missing from rubber plantations. After gathering a search and rescue team, police found the 7-metre-long snake and immediately caught it. Slicing the snake open, they confirmed Jahrah had likely been preyed upon recently, as her body was still intact.


The largest species of python, reticulated pythons are known for being carnivorous and using constriction to kill their prey. They can also swallow their prey whole even if it’s larger in diameter than the snake’s body, according to the Toronto Zoo.


The longest reticulated python recorded was measured at 10 metres and the heaviest python recorded reached 158 kg. While pythons mostly feed on pigs, deer or monkeys there have been rare incidences of preying on humans.


In 2018, a 54-year-old woman in the Southeast Sulawesi province of Indonesia was also swallowed by a 7-metre-long python while she was checking her vegetable garden. On the same island in the West Sulawesi province, a 25-year-old man was swallowed whole while working on his palm oil crops.