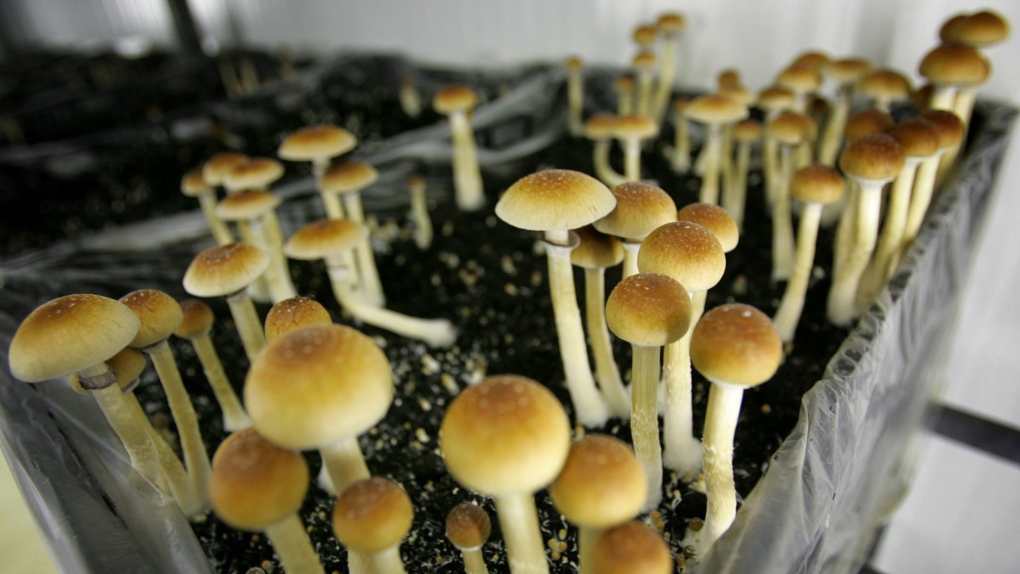 
Medications like SSRIs — selective serotonin reuptake inhibitors, usually prescribed as antidepressants–and talk therapy were not having the effect he needed.


Then, this summer, Hunter was treated with psilocybin, a psychedelic compound found in ‘magic’mushrooms.


“It took two treatments to really break through those walls that I had built over time. It’s removed a lot of the triggers and anxiety that I deal with on a daily basis,” said Hunter in an interview with CTV’s Your Morning on Thursday.


“As well as in my personal and professional life, it’s put me at peace and allowed me to excel,” he said.


Hunter is the senior vice-president of business development for Halucenex Life Sciences Inc., a company based in Windsor, N.S., that is conducting the province’s first-ever clinical trial using psilocybin with the goal of proving it can be a safe way to treat PTSD.


And he said there’s hope the study can help pave the way for this type of treatment, particularly for people like him who didn’t respond to traditional medication options.


PTSD is a mental health condition that is typically triggered by a traumatic event that an individual either experiences or witnesses, according to the Mayo Clinic.


Symptoms can include constant distressing memories of the event, reliving the traumatic memories, nightmares, and severe emotional distress or reactions to anything that is a reminder of the event, the clinic states on its website.


Hunter told Your Morning the company had to cut through a lot of red tape in order to get the study off the ground.


Two and a half years ago, the companydid aliterature review of previous clinical trials to develop a protocol for how to conduct it. Next, ithad to find a psilocybin supply that was guaranteed to be safe and receive approval from Health Canadafor the study and its protocols.


“When it comes to the trial, we had an overwhelming number of inquiries and very heartfelt stories that really made it hard to filter down,” said Hunter.


There was a pre-screening process and then further mental health questionnaires with academics to determine applicants’eligibility for the trial, along with an assessment of their medical history and blood work, he said.


The trial starts with a small microdose, to ensure there is no adverse reaction. A week later participantsare given another microdose “where the true treatment and the healing happens,” he said.


Other trials around psilocybin are also occurring elsewhere inCanadaand outside the country. In the U.S., the federal National Institute of Health provided funding to Johns Hopkins University this month to determine whether psilocybin can help people quit smoking tobacco.


The first ever trial that has reached phase three for the psychedelic, run by Compass Pathways, a U.S. pharmaceutical company, is also set to begin by the end of 2022 to see if the treatment helps those with depression who have been resistant to other treatment.


The Centre for Addiction and Mental Health in Toronto is also in the process of conducting a clinical trial of psilocybin for treatment of depression.


However, Health Canada cautions on its website that there are currently no “therapeutic products containing psilocybin in Canada or elsewhere” and that clinical trials are being conducted with strict regulations in place.


It also warns about “bad trips” which can cause anxiety, nausea, fear and an increased blood rate and heart pressure. The production, sale and possession of magic mushrooms is illegal in Canada.