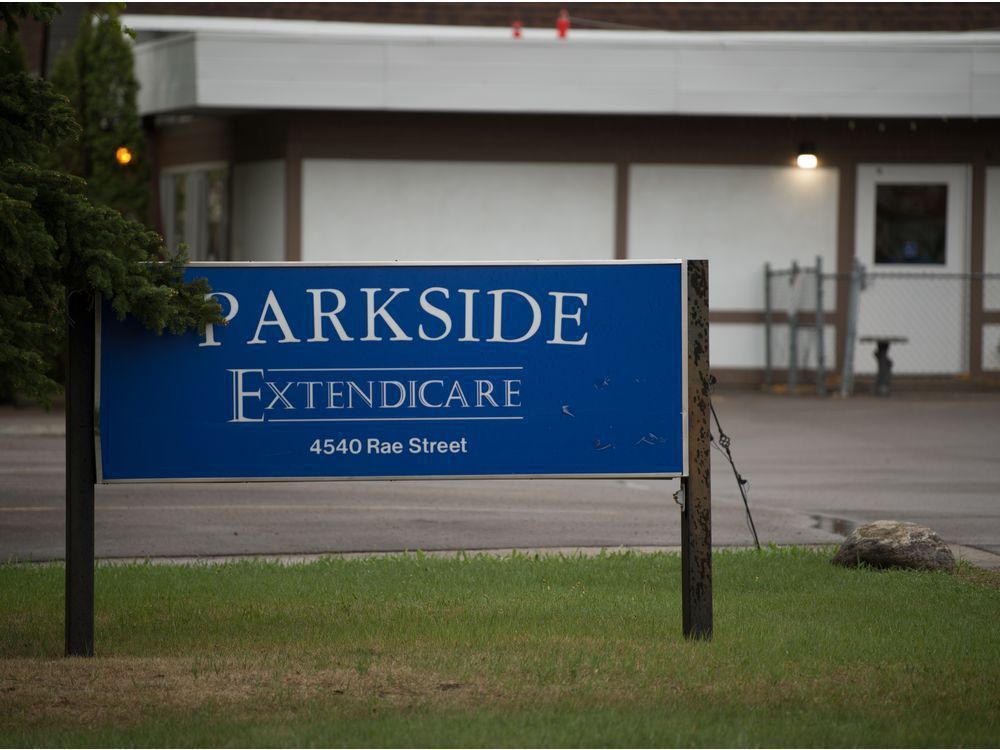 When COVID-19 swept through a Regina care home like wildfire in the first year of the pandemic, it infected nearly all of just under 200 residents, 39 of whom died.

On Wednesday, the Saskatchewan Health Authority (SHA) announced it had formally taken over operation of the home, Extendicare Parkside, along with four others formerly operated by Extendicare Canada Inc.

The change took effect Sunday, according to an SHA news release, which noted the transition included a “formal welcome for residents and staff in each home (Tuesday) with SHA senior leaders.”

The takeover followed a damning report released in August 2021 that revealed Extendicare Parkside was “badly unprepared” to deal with the COVID-19 outbreak.

Ombudsman Mary McFadyen reported the long-term care facility wasn’t consistently screening staff for symptoms or taking required precautions. It reported noncompliance with mask guidelines, that staff was ill-equipped to move residents and there was no contingency plan to replace staff who had to self-isolate.

The Parkside home and the deaths that resulted from the outbreak there turned into a matter of political pressure, with the provincial NDP calling for an end to the private care model in Saskatchewan following the ombudsman’s report.

According to Wednesday’s SHA news release, it announced in October of 2021 that it was “going to assume responsibility for the delivery of long-term care services at the homes and work with Extendicare on the transition of services to the SHA.”

“Our goal as we worked through the transition was to provide safe, consistent quality care for residents and families while maintaining stability in our staffing of the homes,” the release said. “The SHA looks forward to further developing its relationship with the residents, families and staff over the coming months.”

The release notes that the takeover included the transition of nearly 1,300 Extendicare staff to the SHA and the purchase of all five of the company’s Saskatchewan properties, including three in Regina, one in Moose Jaw and one in Saskatoon.

The president of the union, which represented unionized Extendicare workers, told the Leader-Post earlier this year that provincial legislation essentially guarantees unionized employees a job in such transfer agreements.

At that time, Extendicare had indicated it was pleased that both unionized and non-unionized employees were to be transferred to the SHA.

The SHA news release did not offer a break down of how many of those transferred were unionized.

— with files from Jeremy Simes