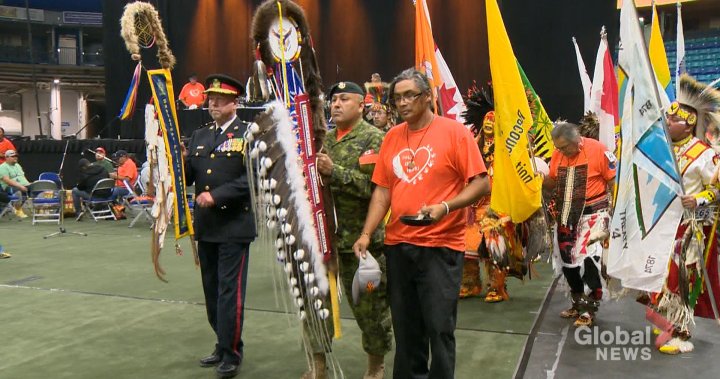 In honour of the Nationwide Working day for Real truth and Reconciliation, the Saskatoon Tribal Council organized a Powwow at SaskTel Centre in Saskatoon. Dancing and drumming took put adopted by a number of text reflecting on the development of Indigenous reconciliaion. The occasion was properly attended with Canadian region musician George Canyon earning an appearance as effectively as Saskatoon’s Mayor Charlie Clark.