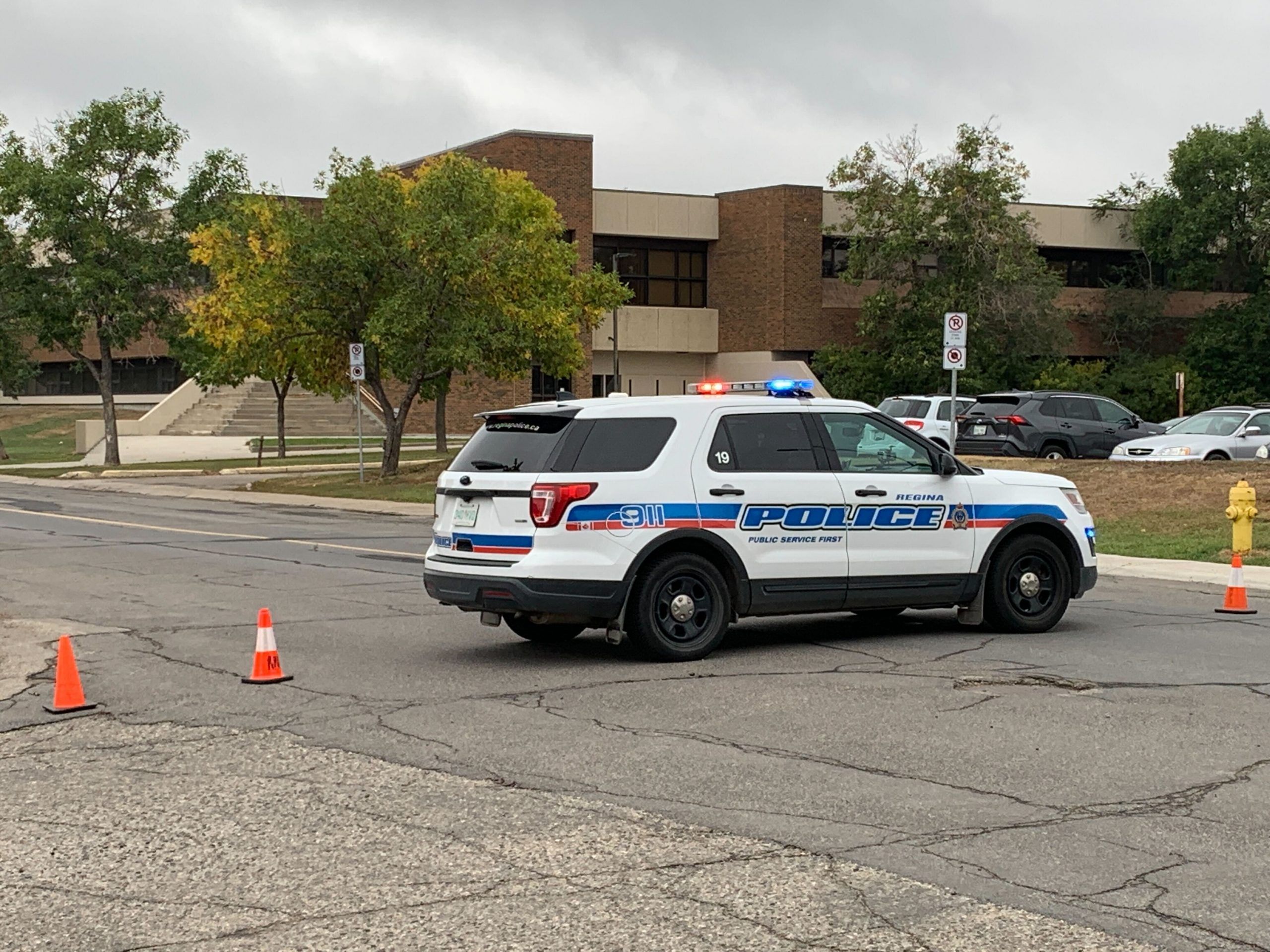 Regina police say a call about a gun inside F.W. Johnson Collegiate prompted a lockdown and an immediate police response on Friday morning, according to Deputy Chief Lorilee Davies.

“We received a call at about 9:15 of a firearm in the school. Our officers immediately responded and a lockdown was immediately enacted,” Davies said in a video posted to social media just before the noon hour.

“We have no information that any shots were fired and there were no injuries reported to us,” Davies added.

One person in custody and everyone safe, she added. Investigation is ongoing. Davies said information about charges will be provided later. She added RPS is working with the school board and schools to lift the lockdown and secure-the-building protocol at six other schools.

Shortly after 11:30 a.m., an officer on the scene said everyone was safe, referring media questions to RPS communications. In the same area, police were seen taking a couple people into custody at a house, which also had a heavy police presence.

Regina Public Schools spokesperson Terry Lazarou said a situation began unfolding just before 9:30 a.m. Parents of students at the school had been notified of the incident through an emergency broadcast, Edsby, he added.

At 10:07 a.m., police issued a statement saying, “The school is currently in lockdown. Everyone is asked to avoid the area.”

Lockdowns are enacted when there is believed to be a threat in or to a building, resulting in the people inside the school secured in a designated and locked area, with regular activities stopped.

Onlookers were spotted weeping and embracing. One parent watching from the perimeter said his daughter, who’s in Grade 10, is in the school and had been asking through text message what is going on.

“She says that ‘we’re ok. We’re just in a classroom, in a corner with the doors locked and barricaded,’” parent Brad Rapp said.

Rapp, who had been on scene for about 15 minutes when he spoke with the Leader-Post, described feeling very anxious for the well-being of his daughter, other students and staff. Rapp said his daughter initially texted her mother about the situation, that there was something going on.

“Then she texted like ‘if something happens, I love you’ kind of text,” Rapp, a former student of F.W. Johnson Collegiate, said.

Around the school, more than a dozen police vehicles were on scene this morning.

Secure-the-Building protocol is enacted when there is a possible threat outside the building, so all of a school’s outside doors are locked and monitored by school staff until the protocol has been lifted.

— with files from Brandon Harder and Creeden Martell

Check back for updates ….