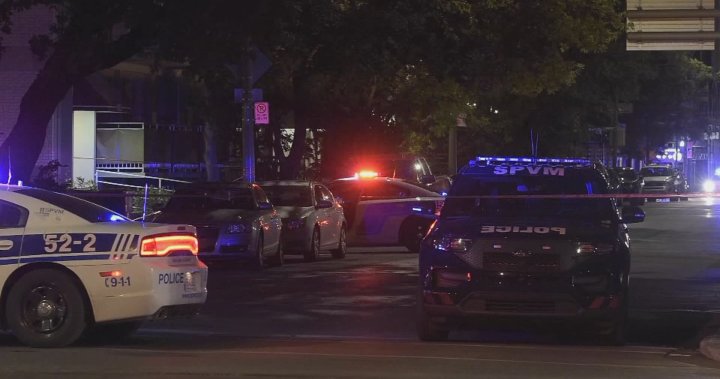 A police officer was sent to hospital after being shot while pursuing a suspect in downtown Montreal late Wednesday night.

Just before midnight Wednesday, police responded to a 911 call reporting a man with a gun walking down Sainte-Catherine Street West near Saint-Mathieu Street.

Following a brief foot chase, one or more shots were fired in the direction of the police, hitting one of the officers in the lower body.

A short time later the suspect was located and subdued in the same area, near the intersection of René-Lévesque Boulevard West and Hope Avenue.

The officers discovered that the individual had also been shot, but according to preliminary investigators, no police firearm was discharged in the pursuit.

Both the injured officer and the suspect were transported to hospital with non-life-threatening injuries.

Psychological aid was deployed to support the police officers at the scene.

The investigation has been turned over to the independent investigative bureau.