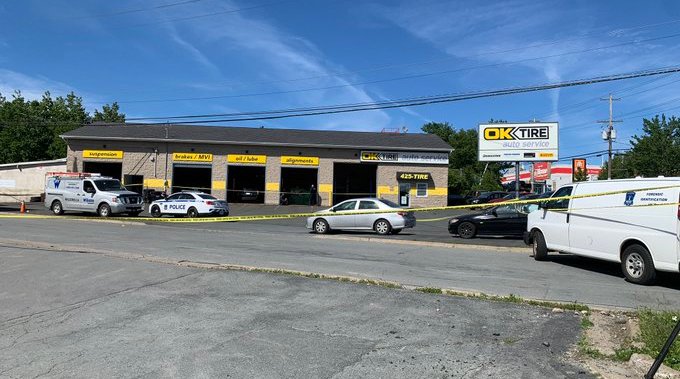 Halifax Regional Police had a section of the Burnside Industrial Park taped off Thursday afternoon as part of an investigation.

Police officers and the forensic identification unit were at the corner of Wright and Haliburton avenues in Dartmouth.

Evidence markers were placed around a grey work truck in the parking lot of an auto repair shop.

A Global News reporter saw what appeared to be a bullet hole in the van’s front window. Police began clearing the scene just before 5 p.m. No details about the investigation have been released.

The previous night, at 11 p.m., officers were called to the Bedford Commons shopping mall in Bedford for reports of gunfire hitting a vehicle and person inside.

Police said a man was taken to hospital with non-life-threatening injuries, but required surgery.