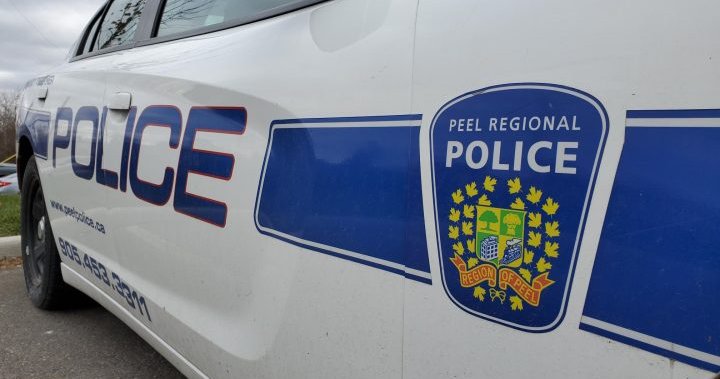 Police have laid charges against two men for firearm and drug-related offences near a Mississauga nightclub.

Peel Regional Police said officers were conducting enhanced patrols around HER Adult Entertainment Club at 1325 Eglinton Avenue when they investigated a vehicle in the nightclub’s parking lot.

Car with 2 loaded guns inside stopped in Mississauga, police say

Police arrested 25-year-old El Salih from Brampton and Kafi Ali, 26, from Toronto. “As a result of the arrest, officers located and seized a 40-caliber handgun from the vehicle,” Peel police said.

The pair were charged with multiple offences, including possession of a loaded, prohibited or restricted firearm, trafficking in a controlled substance and careless storage of a firearm.

Both men were held for a bail hearing and appeared in court in Brampton.

Police warn of ‘heightened risks’ associated with Mississauga’s HER nightclub

On Friday, Peel Regional Police issued a public safety alert in relation to what they say are “heightened risks” associated to HER Adult Entertainment Club.

Investigators said officers have responded to over two dozen incidents in and around the nightclub since Jan. 1, 2021.