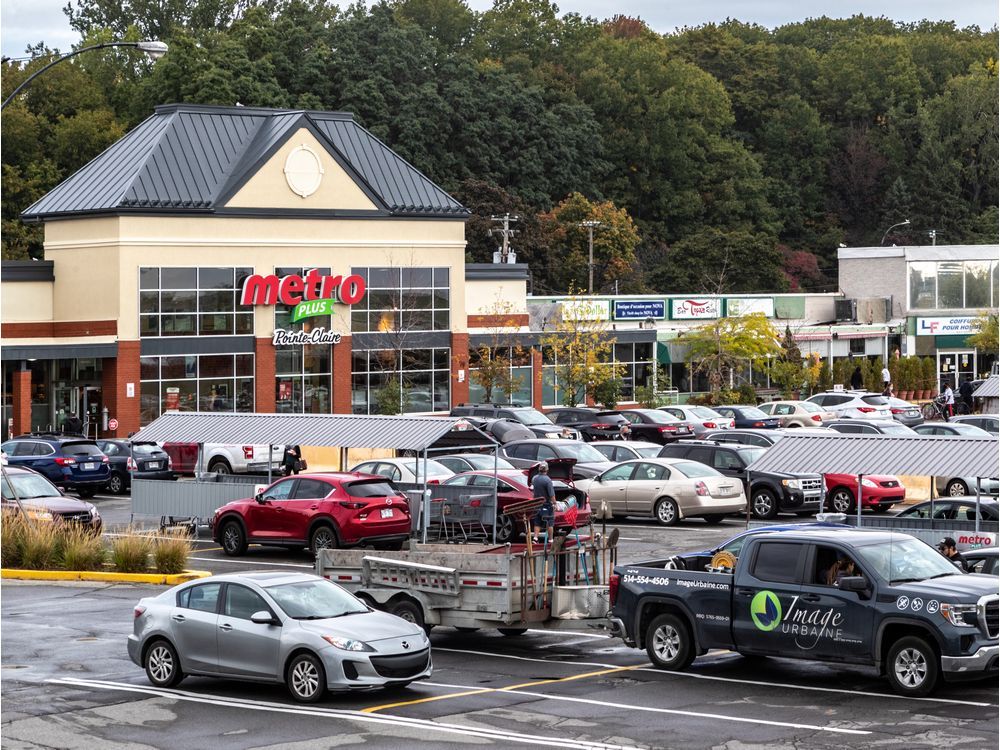 The Plaza Pointe-Claire could soon have new owners.

A tentative deal for the iconic shopping mall, known simply as “The Shops” to generations of West Islanders, has been tentatively reached.

The Montreal Gazette has learned that developer Sotramont is one of the potential new buyers of the mall, which opened in 1958 as the Pointe-Claire Shopping Centre on St-Jean Blvd., near Highway 20.

Sotramont has other properties in Pointe-Claire, including the 10-storey Liveo rental condo and Square Equinoxe condo towers located in the Greenwich District, south of Hymus Blvd.

The Plaza Pointe-Claire, one of the oldest malls in Quebec, has been up for sale since 2020. It is currently zoned for commercial use.

Mike Smith, president of the plaza’s merchant association, says many store owners are wondering what the future holds for the mall in the event of a sale. He said some answers should be forthcoming at an information session planned for next month with merchants, the current administration and new ownership group.

“All we know for sure is that the there is a potential offer on the table. It’s not even approved yet,” said Smith, owner of the Aspirateur Vacupro shop in the mall. “Beyond that, what they intend to do with the plaza, what’s going to come of it in years to come, everything is up in the air till we get some answers.”

After it was listed for sale two years ago, the city of Pointe-Claire took the unusual step of issuing a statement to reiterate the mall and its land are “located in a zone that only allows for a shopping centre and facilities intended for this purpose.

“Anyone acquiring the land and building will therefore be required to comply with the zoning criteria, which stipulate that the building must be a detached structure no more than three storeys high,” the city stated.

At that time, the son of the mall’s present owner expressed doubts the zoning would remain the same under a new owner.

“It will be rezoned, personally, from what I understand, but I’m not a developer,” said Dan Scheunert, whose elderly father  Kurt Scheunert is the plaza’s co-owner.

“If they want it to look like it is forever, that’s wonderland, I think.”

Dan Scheunert also said the day-to-day operations of the mall had become too much for his father, who is in his 90s, to handle. Kurt Scheunert and business partner Bert Johnston bought the mall in 1976.

The mall has undergone many structural changes and renovations over the decades, but some of the original tenants —  Ted’s Hobby Shop and Swiss Vienna Pastry — still remain.

In 2019, the Calistoga Grill supper club closed its doors. More recently, other tenants have closed, including the Papillon health food store and Topaze Bar and Restaurant, a mall fixture for over 50 years.

“It’s changed, but yet it hasn’t,” Scheunert said in 2020. “It’s a throwback. It’s a place with 80 tenants but they’re all small tenants — except for Metro. This kind of mom-and-pop plaza doesn’t exist anymore, but it does here.”

He also said the mall needed to evolve to meet the challenges of modern retail.

“It’s not sustainable in that (old plaza) model anymore. I think it’s going to end up being some form of mixed-use. It will remain commercial, but any buyer is going to try and densify the site so there will be some apartments or condos.”

Pointe-Claire Mayor Tim Thomas said the mall is zoned commercial and would require a zoning change to allow condo towers or mixed-use project to be built on the site.

“That is one of the most important commercial areas in our city,” Thomas said. “It’s a gem.”

A Sotramont official declined to comment on the purchase bid.