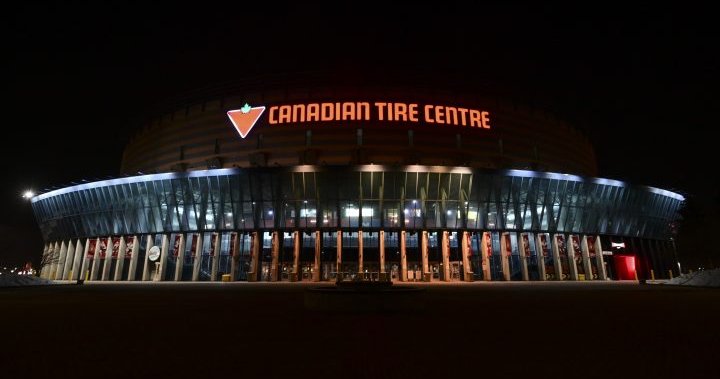 OTTAWA — The dream of a downtown arena for the Ottawa Senators is back on.

The National Capital Commission announced Thursday a group led by the NHL franchise is the preferred bidder for LeBreton Flats and has signed a memorandum of understanding for the development of a “major event centre.”

The proposal slated for the site just west of Parliament Hill would serve as the Senators’ new home and also be comprised of mixed-use development.

The Capital Sports Development Inc. — which includes the team, the builders of the New York Islanders’ new UBS Arena and the entertainment company Live Nation — and the NCC said they hope to have a long-term lease agreement in place by the fall of 2023.

The Senators have played at the Canadian Tire Centre, which opened as the Palladium, in suburban Kanata since 1996.

The team previously looked at moving to LeBreton Flats, but the plan fell apart with owner Eugene Melnyk, who died in March, and his business partners suing each other.

The sprawling 29-hectare site sits on the Ottawa River and has been the subject of development plans for decades.

The NCC announced in December it was taking another jab at anchoring the site with entertainment venues, including an events centre slated for a 2.56-hectare parcel that is almost the size of four soccer fields.

Applications were due by the end of February.

LeBreton Flats was a working-class and industrial neighbourhood until the federal government expropriated and razed it in the 1960s.

“We believe that this development will have a major impact on both the National Capital Region and our franchise, one that will help to shape the future of the city,” Senators president of business operations Anthony LeBlanc said in a statement.

“We thank the NCC for their collaboration, and look forward to working alongside them as we take the next steps on this exciting journey.”