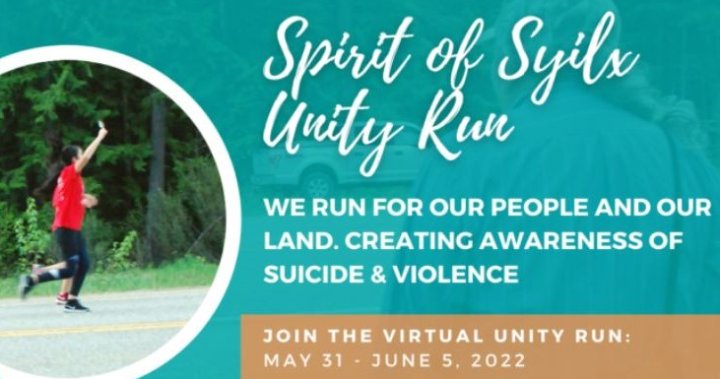 The first run happened in 2008, and was initiated by Syilx youth to bring awareness of suicide and violence. This year’s run, June 3-5, will feature around 125 Syilx youth and members running 288 km.

“The Syilx Okanagan Nation faces disproportionate levels of violence and suicide, alongside an opioid overdose crisis. This has been further compacted by severe environmental emergencies that have increased over the years,” the Okanagan Nation Alliance said.

“The Unity Run is one of the most impactful approaches the Nation has to addressing these issues collectively, used to raise awareness and education with all youth members, citizens and the public on issues of suicide and violence that continues to confront Syilx communities.”

More information about the run, including the daily schedule, can be found online.