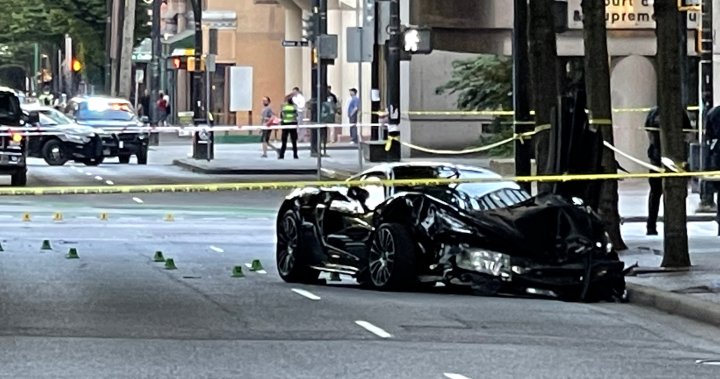 Charges have been approved against a North Vancouver man following a VPD investigation into a fatal collision that took the life of a 23-month-old girl in downtown Vancouver last summer.

Police said a black Ford Escape collided with a black McLaren in the intersection of Smithe and Hornby streets just after 6 p.m. on July 6, 2021.

The Ford Escape then mounted the sidewalk and struck a 31-year-old man who was carrying his young daughter.

The child died at the scene, police said. Her father was taken to the hospital with life-altering injuries.

The woman had just started a construction job and the infant and her father were on their way to meet her when it happened, she said.

“She was walking home from work and they had come down to meet her. She saw her little girl, Ocean, and her partner across the road, and she waved, and then she saw the accident,” Caithness said.

“She felt responsible, because if she hadn’t had this new job they wouldn’t have been coming down to meet her.”

— with files from Amy Judd.