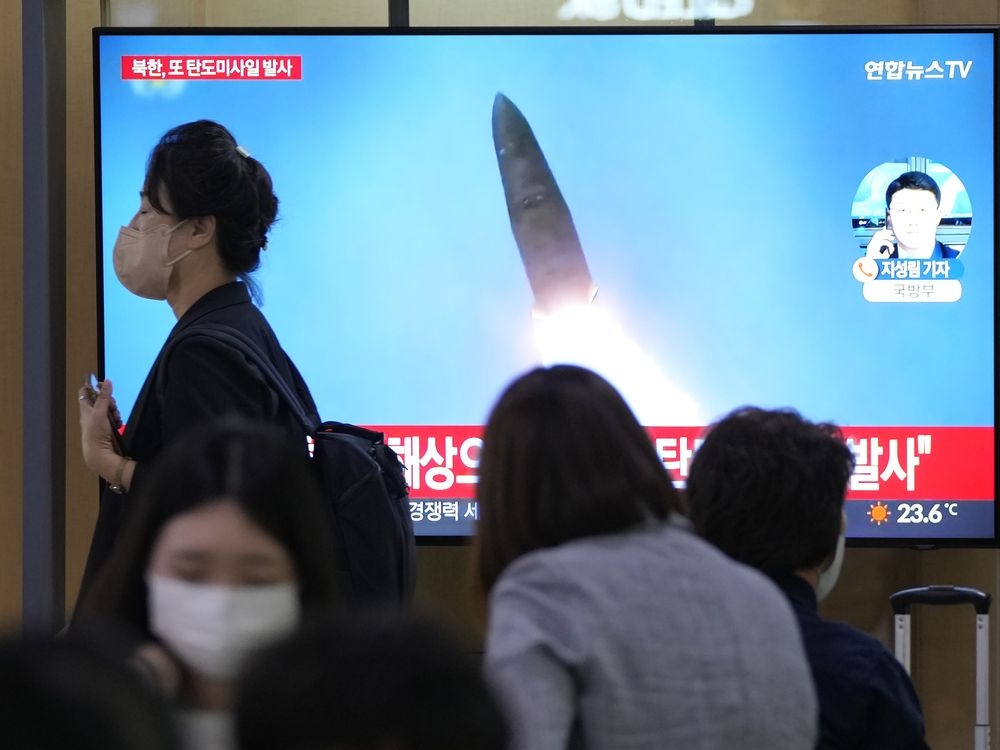 SEOUL, South Korea — North Korea on Saturday fired two short-range ballistic missiles toward its eastern waters, South Korean and Japanese officials said, making it the fourth round of weapons launches this week that are seen as a response to military drills among its rivals.

South Korea’s military said in a statement that it detected the two North Korean missile launches Saturday morning from its capital region.

It said South Korea has bolstered its surveillance posture and maintains a military readiness in close coordination with the United States.

“North Korea’s actions threaten the peace and safety not only for Japan but also the region and the international community, and are absolutely impermissible,” Ino said, calling the four launches in one week “unprecedented.”

He said the two missiles were fired eastward from North Korea’s western coast within about 15 minutes of each other.

Both of the missiles rose to the maximum altitude of 50 kilometers (30 miles) and flew as far as 400 kilometers (250 miles) before landing in the Sea of Japan in areas outside of Japan’s exclusive economic zone, Ino said. The missiles may have been on “irregular” trajectory, which makes tracking more difficult.

North Korea views such military drills among its rivals as an invasion rehearsal and often responds with its own weapons tests.

The North Korean missile tests this week also came before and after U.S. Vice President Kamala Harris visited South Korea on Thursday and reaffirmed the “ironclad” U.S. commitment to the security of its Asian allies.

This year, North Korea has carried out a record number of missile tests in what experts call an attempt to expand its weapons arsenal amid stalled nuclear diplomacy with the United States. The weapons tested this year included nuclear-capable missiles with the ability to reach the U.S. mainland, South Korea and Japan.