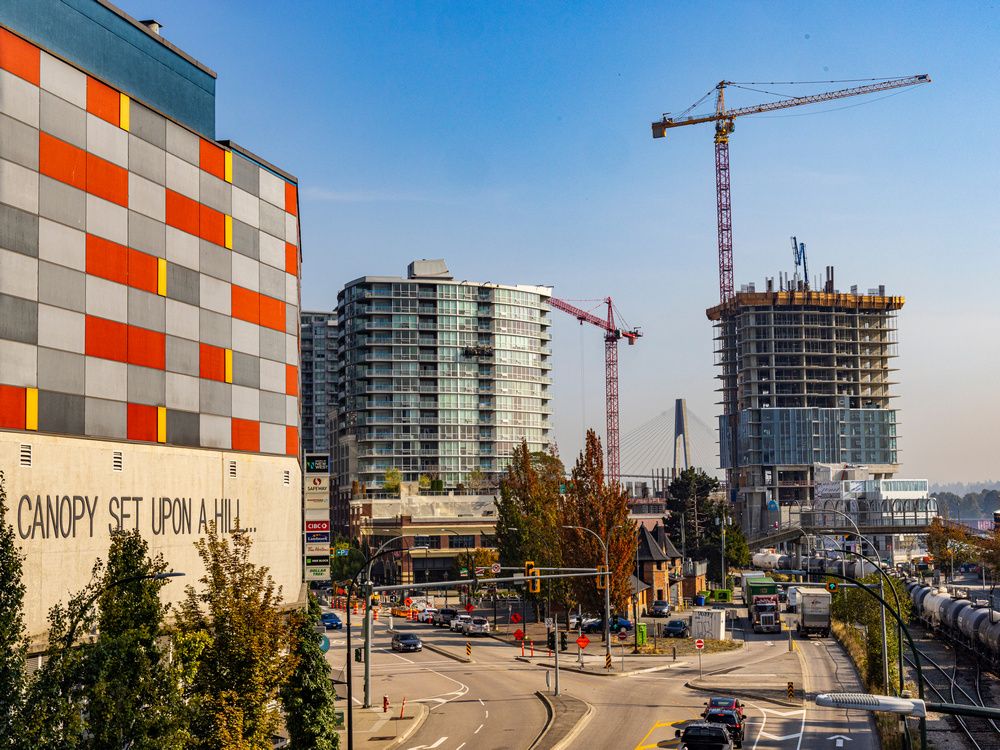 The race for the mayor’s chair in New Westminster could be a close three-way contest among two former councillors and a newcomer, and voters won’t be blamed for confusing which candidate stands for what.

“There is going to be a lot of brand confusion” between the two parties, said Schechter, a former North Vancouver city councillor and a communications professor with an interest in municipal governments. “It’s going to be a close three-way race.”

The platform of Community First, led by former councillor Patrick Johnstone, is similar to that of the Progressives, led by first-time municipal candidate Ken Armstrong, in that they identify affordable housing and homelessness among the city’s top issues, he said.

“What the voters are seeing in writing on the issues is low contrast,” Shechter said. How the two parties are able to differentiate themselves will be revealed during the debates and in interactions with voters.

More than once, Schechter, who lives in New West, linked left-of-centre policies to the Progressives when he meant the opposite and checked himself from identifying ideals of Community First as “progressive.”

Further mystifying the mayoral race is Chuck Puchmayr, a former councillor running as an Independent, who used to be on the same Team Cote slate as Johnstone, said Schechter.

“Chuck Puchmayr is non-partisan and he said, ‘I can work with anybody, I’m a big tent guy,’ but the (old) branding is there,” Schechter said. “For him, it’s now all (emphasizing) his personal brand. He has one of the strongest personalities. It’s going to be, ‘Do you like Chuck Puchmayr and is he going to be make a good mayor?’ ”

Puchmayr could take more votes away from Johnstone because they used to run on the same slate, he said.

“He’s not the one they want to run against,” he said.

But Schechter said there’s “always a huge advantage” for the Community First incumbents unless there is dissatisfaction with the old council, for which “you probably blame the mayor and the mayor’s not running this time.”

The Progressives are more likely to draft policies for housing that are more traditional and respect the Official Community Plan, while Community First will say the OCP was created in the past and times change and a new city-driven housing solution can’t wait, he said.

An issue that could help voters differentiate between parties and candidates is the future of the city’s Royal City moniker. The last council moved to remove the city’s regal nickname and Crown insignia, and Armstrong and Puchmayr said they would rescind the motion to invite more public input. But Johnstone has said it’s time to replace the moniker with something more diverse, inclusive and less associated with Canada’s colonial past in line with Reconciliation efforts, said Schechter.

And about 45 per cent are renters, according to StatCan.

“We are protecting renters and getting affordable housing built,” said Johnstone, as he identified housing as the “most important” issue in the region.

The last city council has passed legislation that would stop “demovictions” and “renovictions” to protect existing rental stock.

Armstrong, a lawyer, also put affordable housing at the top of his list of important issues and said he and his would-be council-mates are focusing on a “long-term increase in supply,” with rentals, secondary suites, laneway homes, duplexes and townhouses.

“Increasing crime, that’s an issue we’re hearing about a lot,” he said.

Puchmayr noted the city has the same number of uniformed police officers as it did when he was first elected in 1996, even though the population has grown considerably since then.

A recent poll by the local media showed New West residents’ top three concerns were crime and policing, infrastructure, and housing and homelessness.

Elmer Rudolph, president of the West End Residents Association in New West, one of about a dozen such groups, said his association pegs street safety as the No. 1 concern, mainly because of downtown disorder.

The Quayside Community Board, a residents’ association made up of several residential strata near the Waterfront and downtown, is concerned about the growing number of homeless camps around downtown and the vacant retail storefronts on Columbia Street, said acting chairman Bruce Campbell.