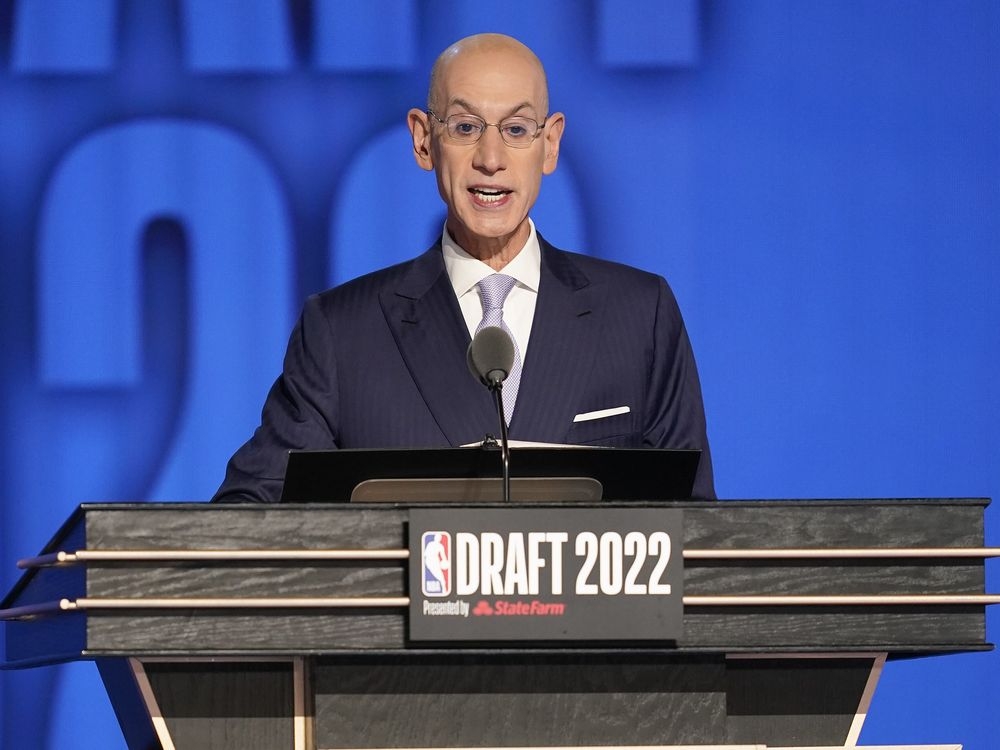 LAS VEGAS (AP) — The NBA has completed the process of changing the transition take foul rule, ending years of discussion about what to do with the long-maligned tactic.

And, also as expected, the play-in tournament is going to be around for the foreseeable future.

The league’s board of governors finalized those two matters Tuesday, approving a plan to award one free throw when teams are disadvantaged by the take foul — as well as removing the “experimental” designation from the play-in element to the postseason.

“Generally, it was upbeat coming out of our meeting,” NBA Commissioner Adam Silver said. “People are thrilled that as we head into next season, it looks like we’ll be on our normal track in terms of when the season starts, in terms of our protocols around the game, particularly around the health and safety of our players.”

It wasn’t a surprise that the league changed the penalty on take fouls; Silver told The Associated Press in early June that it would change, though cautioned that the new rule might still be tweaked in future years.

The take foul — in which the defender does not make a play on the ball — is what the league classifies as one that occurs either “during a transition scoring opportunity or immediately following a change of possession and before the offensive team had the opportunity to advance the ball.” The exception is in the final 2 minutes of the fourth quarter or overtime.

The new penalty for such a foul is one free throw, which may be attempted by any player on the offended team in the game at the time the foul was committed, and continued possession.

Silver addressed a number of other topics, including:

The NBA is coming off a massive financial year, with revenue topping $10 billion for the first time and basketball-related income reaching $8.9 billion, another record.

Silver said the numbers are particularly strong considering the league is still dealing with a pandemic, and it wasn’t that long ago when some questioned whether sports could survive the virus — at least in the sense of whether people would want to gather again.

“The numbers did surprise me to a certain degree because it exceeded projections, and the projections represent where we think our business is going,” Silver said. “I think it’s quite remarkable from where we came 2 1/2 years ago.”

Kevin Durant is under contract for four more years with the Brooklyn Nets, and his trade request has been one of the biggest stories of the offseason.

It hasn’t been one that Silver has particularly enjoyed.

“This needs to be a two-way street,” Silver said. “Teams provide enormous security and guarantees to players, and the expectation in return is that they’ll meet their end of the bargain. There’s always conversations that go on behind closed doors between players and representatives and teams, but we don’t like to see players requesting trades and we don’t like to see it playing out the way it is.”

The play-in tournament has generally been considered a success, so it was no surprise that the league is keeping it around.

The play-in tournament — in its current form — has been used in each of the last two seasons, where the teams that finish seventh, eighth, ninth and 10th in the East and West meet to determine the final two playoff spots in each conference.

It’s been a hit, primarily because it tends to give a March Madness feel — four elimination games before the playoffs even begin — and gives more teams incentive to not tank for better odds in the draft lottery.

There was a play-in element in 2020 as well in the restart bubble at Walt Disney World, when Portland beat Memphis for the No. 8 seed in the Western Conference. Memphis could have gotten the No. 8 seed that year by beating Portland twice; the Blazers had to win only one game to claim the spot.

Load management — the fancy term given now when a player gets to sit out a game to rest — has been a challenge for the league and its teams in recent years. Silver said it will continue to be discussed with the players’ association as the sides get more into negotiations for the next collective bargaining agreement.

The league has taken steps, driven by sleep science and other data, to try and make the schedule more player-friendly in recent years. The stretches of four games in five nights have been eliminated, instances of back-to-back games have dropped, and the league has even tinkered with keeping teams in the same road city for consecutive games in an effort to limit travel over the course of a season.

That said, sometimes, a player still sits. Silver suggested it might be time to consider adding money as an incentive for playing more often.

“I’m all in favor of guaranteed contracts,” Silver said. “But maybe that on top of your typical guaranteed contracts, some incremental money should be based on number of games played and results of those games. I mean, it’s that’s how most industries work, where there’s financial incentives — even among highly paid executives for performance.”

The NBA and the NBPA announced a new program — jointly funded — to provide payments to approximately 115 ABA players who played at least three seasons but didn’t qualify for NBA pensions. They’ll get “recognition payments” of $3,828 per year of service.

“Our players have a genuine sense of appreciation for those who paved the way and helped us achieve the success we enjoy today,” NBPA Executive Director Tamika Tremaglio said. “We have always considered the ABA players a part of our brotherhood and we are proud to finally recognize them with this benefit.”

Silver said the league and the players “felt a need to act on behalf of these former ABA players who are aging and, in many cases, facing difficult economic circumstances.”