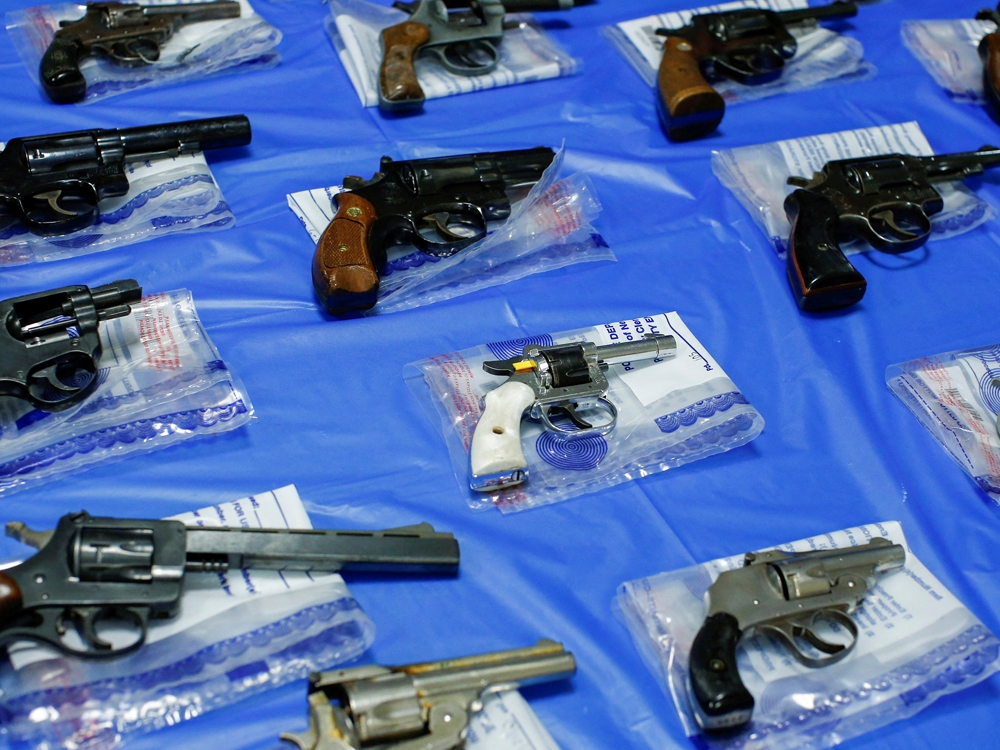 NEW YORK — For decades, New York’s leaders boasted that its strict limits on handgun ownership made it one of America’s safest places, a claim backed by statistics showing the state — and its biggest city — consistently have among the nation’s lowest firearm death rates.

Now, in the aftermath of a Supreme Court decision striking down key portions of the state’s gun-licensing law, lawmakers will try to preserve as many restrictions as they can on who can carry a pistol and where they can bring it.

Gov. Kathy Hochul, a Democrat, vowed Thursday to call the Democrat-led Legislature back for a special session to pass new rules, including a law specifying “sensitive locations” where people cannot carry concealed weapons, like school zones, bars or hospitals.

Other options could include adding new conditions to get a handgun permit, like requiring weapons training.

“Our new laws are going to be looking at restrictions on sensitive locations, changing the permitting process,” Hochul said after the court’s ruling. “We’re going to have training requirements. We’re going to make sure that people who have concealed weapons have specified training. We have a whole lot of ideas.”

“We will work together to mitigate the risks this decision will create once it is implemented, as we cannot allow New York to become the Wild West,” Adams said.

Tom King, president of the plaintiff New York State Rifle and Pistol Association, said gun owners in his state and across the nation “are not the problem.”

“The problem is the criminals and the wrongdoers in the state. And the politicians have to learn that, and they have to get off their butts to do something to solve the crime problem in New York state,” King said.

Lawful New York gun owners, he said, will no longer “be persecuted by laws that have nothing to do with the safety of the people and will do nothing to make the people safer.”

New York state’s law, in place since 1913, said that to carry a handgun outside the home, a person applying for a license has to demonstrate “proper cause,” an actual need to carry the weapon.

A similar standard is in place in only a handful of other states, including California, New Jersey, Massachusetts, Maryland and Hawaii.

The law did not define what proper cause meant, and it gave local officials — often a police department — discretion on whether to issue a license. In practice, that meant most applicants had to show a need that went beyond routine public safety concerns, like being in a profession that put them at special risk.

In New York City, few people beyond retired law enforcement officers and armed guards could get a license to carry a handgun.

The legal challenge was brought by two New York men denied permits to carry handguns outside their homes, after failing to prove to authorities that they had a compelling reason to do so.

In its ruling Thursday written by Justice Clarence Thomas, a majority of Supreme Court judges said the New York rules prevented “law-abiding citizens with ordinary self-defense needs from exercising their right to keep and bear arms in public.”

In a concurring opinion, Justice Brett Kavanaugh noted that the court’s decision didn’t bar states from imposing licensing requirements to carry a handgun, like requiring that someone get fingerprinted, undergo a mental health records check or undergo firearms training, or from barring people from carrying guns in sensitive places such as schools and government buildings.

The decision, he said, would put New York on relatively the same ground as 43 other states: If an ordinary person applies for a license to carry a handgun, and meets eligibility standards, they can’t be turned down at the discretion of the licensing officer, or because they can’t show a compelling need to defend themselves.

New York City officials insisted that nothing would change immediately, noting that the high court sent the case back to a lower court for further proceedings that could iron out implementation details.

But the decision instantly raised fears among supporters of New York’s handgun limits, saying that loosening the rules could create a marketplace for handguns that now barely exists in the state.

More gun shops could open. Sales could soar. And that could inevitably lead to more pistols getting into the hands of prohibited buyers like teenagers or felons.

In many states, it is easy for banned buyers to get a handgun simply by having a friend walk into a gun shop and buy one for them. That’s not possible in New York. As a result, most guns used in crime were purchased in or stolen from another state with looser rules.

Manhattan, a symbol of urban America, had the lowest rate of gun deaths in the state with 1.7 deaths per 100,000 in 2019, according to the Johns Hopkins Center for Gun Violence Solutions.

Adams, a Democrat, raised the specter of everyday disputes turning into shootouts in New York’s crowded streets and subways. He suggested that police officers would face greater danger, as well as a greater burden of distinguishing between legal and illegal guns in public places.

“This complicates matters,” Adams said. “But we’re going to continue to pursue those who are carrying illegal firearms.”

Creating lists of gun-free zones would have the support of some business groups.

“We would certainly want to have policies enacted that allowed small businesses to determine what is or is not permitted within their establishments,” he said.

But lists of prohibited places might not be any deterrent to the people most likely to kill with those weapons.

The court’s ruling comes not long after New York tightened gun regulations following a May 14 mass shooting in Buffalo, where a white gunman killed 10 Black people in a racist attack.

The state, for the first time, required a license to buy a semi-automatic rifle, and barred anyone under age 21 from applying. People under that age can still own shotguns and other types of rifles. New York had already required someone to be 21 to own a handgun.