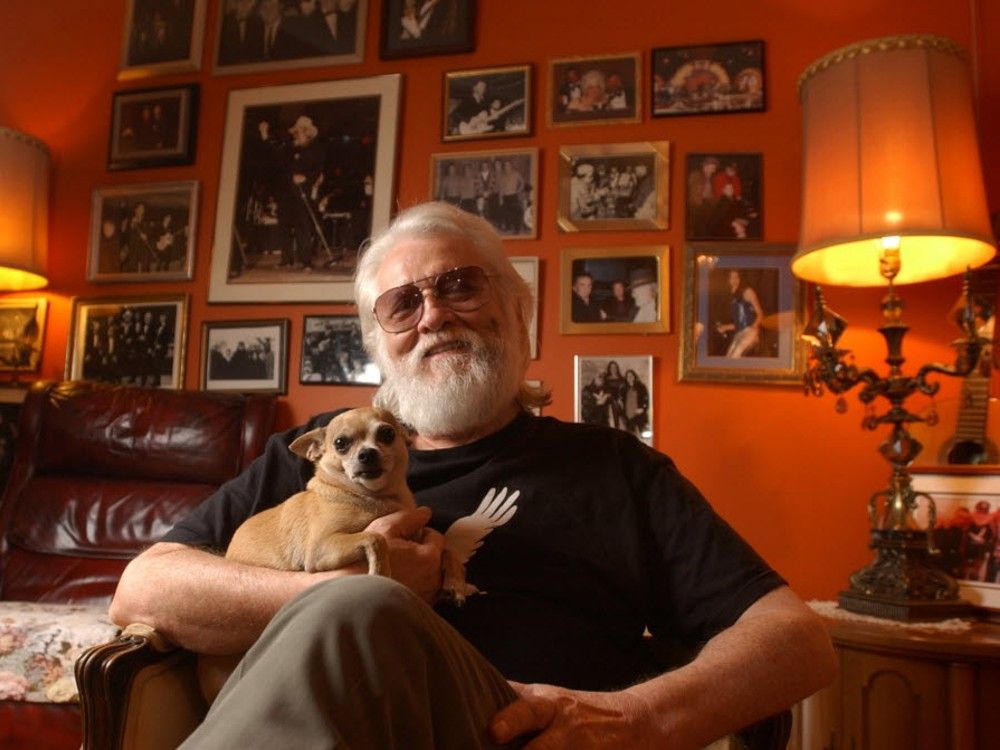 Ronnie ‘The Hawk’ Hawkins, a musician and impresario who helped discover and develop The Band and numerous other musical acts that emerged out of Toronto in the 1960s and 1970s, died around mid-day on Sunday. He was 87.

A friend reported the cause of death as complications from old age.

Born in Arkansas in 1935, Hawkins started touring Canada as a musician in the late 1950s, and eventually moved here permanently, living in Mississauga and later in and around Peterborough.

In the 1960s, he played an instrumental role in the flourishing Toronto music scene where many prominent artists including Neil Young, Joni Mitchell, the Band, Rick James, Gordon Lightfoot, Daniel Lanois and others played. In 2014, Hawkins became one of just a handful of non-Canadians to be awarded the Order of Canada, for his contributions to Canadian music and his support of charitable causes, in addition to many other accolades including a Juno Award.

“Ronnie, he did a lot for people,” said Nelson Thall, a longtime friend. “He was a talent scout, he was a coach, he would help them get the right sound and he was just a man for all seasons.”

Thall said he met Hawkins at a club on Toronto’s Yonge Street some time in the 1970s. Oftentimes, Hawkins would perform his own music, and then hang around the bar, buying drinks for others because he didn’t drink, Thall said.

He described Hawkins as larger than life, someone who was as comfortable talking to a watermelon farmer in the U.S. South as he was talking to an intellectual like Thall, who studied with the Canadian philosopher Marshall McLuhan, a University of Toronto professor.

“Believe it or not, there was a philosopher side to him,” said Thall, who said he stayed up through Saturday night into Sunday morning holding vigil. “I was once with Ronnie, and all of a sudden he broke into broke into a line from Hamlet — “Speak the speech, I pray you, as I pronounced it to you, trippingly on the tongue” — I mean, here you are, he appeared to be just sort of a Hayseed hillbilly from Arkansas, but wow, you know, all of a sudden, Shakespeare.”

He said Hawkins could always come up with a unique metaphor, like ‘That guy looks like a bullfrog on the patio,’ or some other humorous and homespun saying.

In 2003, Hawkins was diagnosed with pancreatic cancer and given three months to live, but somehow beat the illness, attributing his recovery to alternative medicines and herbal remedies.

Ronnie Hawkins: Thank you for changing my life when you invited me to dance onstage at the 1969 Toronto Pop Festival. You helped fuel my teenage dreams and showed me what true legends are made of. Forever in my heart… 🖤🙏🏻🎶 pic.twitter.com/KqEQlTP55G

He may be most famous for helping cultivate The Band, a group of mostly Canadian musicians hailing from Southwestern Ontario who started off as his backup group called the Hawks, later backed Bob Dylan and then eventually broke out on their own.

Hawkins is also credited with helping to discover guitarist Pat Travers and many other musicians.

In 1969, John Lennon and Yoko Ono spent several weeks at his home in Mississauga, Ontario as part of their world peace campaign.

“He had his hand in so many different people’s careers,” said Eric Alper, a publicist in Toronto, who said he met Hawkins while his grandfather owned Grossman’s Tavern, a musical venue in the city. “He was a sweet, sweet guy, very kind, and very, very funny. He’s probably the most important figure when it comes to Canadian rock and roll.”

Hawkins was also an actor with roles in several notable films. He played Bob Dylan in the 1978 film Renaldo and Clara, which was directed by Bob Dylan. He also played roles in Heaven’s Gate (1980), Meatballs III: Summer Job (1986), as well as other movies and TV series.

In the 1978 film The Last Waltz, directed by Martin Scorsese, about the last concert performed by The Band, Hawkins played “Who Do you Love?,” “The Shape I’m In” and on other tracks.

As a musician, he also had his own hits. He helped write, and performed ‘Mary Lou’ with the Hawks, which reached number 26 on the Billboard Top 100 in the summer of 1959.

In 2002, the City of Toronto honoured Rompin’ Ronnie, as he was sometimes called, with a key to the city and induction into Canada’s Walk of Fame in recognition of his lifetime contribution to music and his generous support of the Schizophrenia Society of Ontario and other charitable organizations.

Thall said Hawkins had lived on a ranch on Stony Lake, near Peterborough, until selling it several years ago and moving into a house on a quiet street in the city of Peterborough.

He is survived by his wife Wanda and his three children, Ronnie Hawkins Jr., Robyn Hawkins and Leah Hawkins; and four grandchildren.