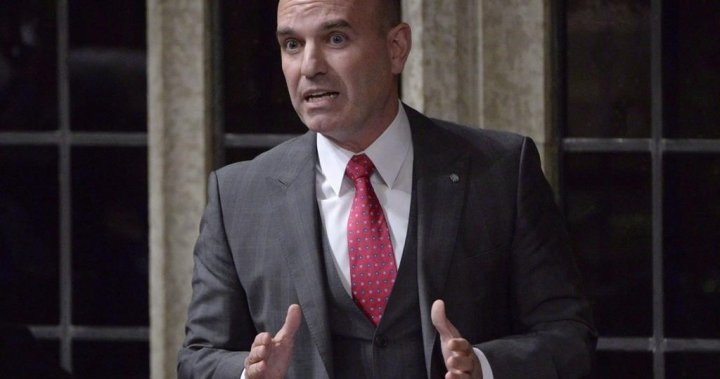 Another potential heavyweight is bowing out of the BC NDP leadership race.

Stikine MLA, Municipal Affairs Minister and long-time former MP Nathan Cullen confirmed Tuesday that he would not be seeking the party leadership, and by extension, the B.C. premiership.

In a statement posted to Twitter, Cullen said he had spent the time since outgoing Premier John Horgan announced he was stepping down mulling the idea.

My letter announcing that I will not be entering the leadership race to become the next leader of the BC NDP and Premier of British Columbia.

Thank you to all who reached out with advice, encouragement and caring. Your support & insights I value more than you can know.#bcpoli pic.twitter.com/iG8UlwsWob

“I have spent the past week reflecting and have decided that this is not the time to run for leader of the NDP,” Cullen wrote.

“My kids are still young and I want to focus my attention on the needs of my family and serving the people of Stikine as MLA.”

In the statement, he also said he had hoped Horgan would take the party through the next election, and had “made no plans to run if he decided not to.”

John Horgan is leaving. Who might be the next premier of British Columbia?

Cullen was first elected as an MLA in the 2020 election, but faced criticism for his nomination in the Stikine riding after Annita McPhee, a three-term president of the Tahltan Central Government, was told she couldn’t run.

He was the MP for the Skeena-Bulkley Valley federal riding from 2004 until 2009, and finished third in the 2012 federal NDP leadership race.

The move comes about a week after another potential leadership contender, Delta North MLA and Jobs Minister Ravi Kahlon, confirmed he would not seek the leadership and threw his support behind Attorney General David Eby.

Eby has yet to formally announce his candidacy, but is perceived as the default front-runner.

Other names being floated as potential candidates include Education Minister Jennifer Whiteside, Minister of State for Infrastructure Bowinn Ma and Minister of Land, Water and Resource Stewardship Josie Osborne.

Horgan announced in late June he would be stepping down as premier after recovering from a bout of cancer, citing health and the desire to spend more time with his wife Ellie.

He plans to stay on as premier until the party holds a leadership convention in the fall.