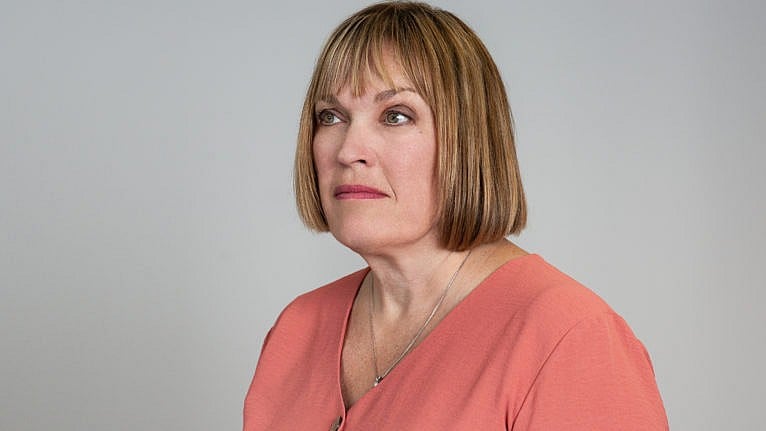 In my role as CEO of Dying With Dignity, I take pride in advocating for end-of-life rights and have learned that Canadians overwhelmingly back MAID

Not long before I joined Dying With Dignity Canada (DWDC), my friend Bill was diagnosed with amyotrophic lateral sclerosis, or ALS. As a former volunteer for ALS Canada, I was aware of the challenges he would face in the days ahead, and we talked—more than once—about the option of a medically assisted death.

My role as CEO of DWDC has connected me with thousands of people like Bill across the country—people who want to maintain their right to choice and dignity at the end of their lives and want to end their suffering on their own terms, when it becomes unbearable. It’s a period when many feel like they are losing their autonomy. Speaking with and on behalf of these individuals is an honour and a responsibility that I don’t take lightly.

Currently, the Special Joint Committee on Medical Assistance in Dying—a joint committee of members of Parliament and the Senate—is undertaking a review of Canada’s medical assistance in dying (MAID) legislation and its application. The committee is examining advance requests, mature minors, mental illness, the state of palliative care in Canada and the protection of Canadians with disabilities. I was pleased to be able to speak to the committee earlier this month on behalf of those across Canada who seek choice for their own end-of-life. MAID is not the right choice for everyone, and that’s okay. At DWDC, our vision is that people across Canada have the right to choose their good death, whatever they decide that looks like.

RELATED: Dying for the right to live

The last few years has seen the cause advance in the legal system, but there is more work to be done. In 2015, the prohibition on assisted dying was struck down, with the Supreme Court of Canada ruling in Carter v. Canada. The court found that the Criminal Code provisions that made it a crime to help someone to end their life violated the Canadian Charter of Rights and Freedoms by infringing on the right to life, liberty and security of the person by denying access to an assisted death of a competent adult who was suffering intolerably. Then, in June of 2016, Bill C-14—Canada’s MAID legislation—was passed, allowing eligible Canadians to request an assisted death.

Almost immediately, some felt that the new laws were too restrictive and didn’t reflect the broadness of the Carter decision. A new challenge was launched with the case of Truchon and Gladu v. Canada, and in September of 2019, the Superior Court of Quebec ruled that the requirement that death be “reasonably foreseeable” not only infringed on the right to life, liberty and security of the person, but was also in conflict with the equality rights in section 15 of the Charter. The government opted not to challenge this decision, and in March of 2021, Bill C-7 was passed, revising the MAID legislation to remove the “reasonably foreseeable” requirement.

This change removed an eligibility criterion that was in fact a barrier to access rather than a procedural safeguard. Parliament went one step further, anticipating that the exclusion of those with a mental illness as a sole underlying condition would one day be challenged in court and found to be discriminatory. The end of that exclusion in March of 2023 will return us to the Carter decision, which states that Canadians must be able to have access to MAID if they have a grievous and irremediable medical condition causing enduring and intolerable suffering that can’t be relieved by means acceptable to you, and did not exclude those with a mental illness.

Today, 86 per cent of Canadians support the Carter decision, and an astounding 82 per cent support the removal of the “reasonably foreseeable” death eligibility requirement that was introduced last year. Canadians don’t seem conflicted on MAID; they are overwhelmingly supportive of the law and continue to consider changes that broaden access for those who are not eligible. So when I hear the topic of MAID referred to as “controversial,” I admit I am surprised.

Recently, stories have circulated claiming that MAID is being forced on people, or that those who are not able to access supports like safe and affordable housing are opting to have MAID instead. Or that Canadians wouldn’t want MAID if they could access quality palliative care. This is simply not true and there is no evidence that I’m aware of to support those claims.

According to Health Canada, 80 per cent of Canadians who seek an assisted death have also accessed palliative care. In the situations where palliative care was not accessed prior to MAID, it was available to the patient 88.5 per cent of the time. Can we improve access and quality of palliative care, and enhance income and social supports for those with a disability and marginalized populations across Canada? Of course. We can always do better.

But should we deny those who are eligible the ability to access MAID because of those shortfalls in the system? Of course not. People should be able to make the choices that best align with their values, beliefs and needs at all stages of their life.

READ: Assisted dying was supposed to be an option. To some patients, it looks like the only one.

The decision to pursue an assisted death is not taken lightly. A request for MAID is initiated by an individual, and only that individual can consent to the procedure.  The consent must be informed, meaning the individual must have received all the information available on forms of treatment and options to relieve suffering, including palliative care. They must meet the eligibility criteria and have been assessed by two independent practitioners. The strenuous assessment process includes procedural safeguards, assessing capacity and ensuring that an individual is not being coerced into making a request for MAID. The individual can change their mind at any time during this process.

The nurse practitioners and physicians who assess and provide for MAID do so carefully and thoughtfully. They work within the parameters of the law and take their work seriously. It is compassionate and important work, and they do it because they believe in the right of those who are eligible to seek an assisted death when their suffering becomes too much.

You’re probably wondering if my friend Bill had an assisted death. The more important question is: “Was Bill able to make the choice to apply for an assisted death if and when he wanted to?” In the end, that is what matters most to me. Frankly, it’s what makes my role, and the work that Dying With Dignity Canada does, so critical. We’re ensuring choice, autonomy and an end to suffering—including through an assisted death, for those that choose one.

I know Bill would be proud of me.