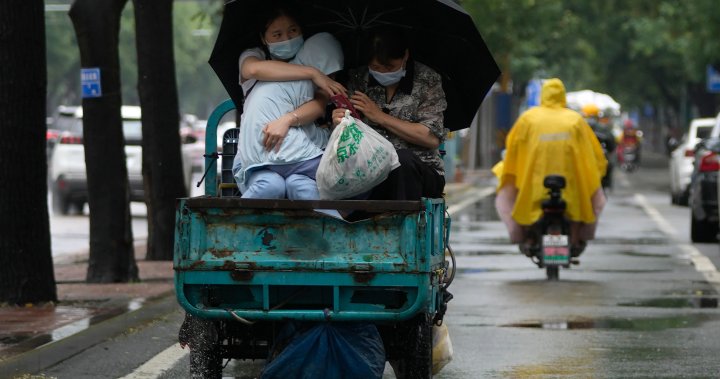 Record-high temperatures have been reported in Zhejiang province, just east of the global business hub of Shanghai, topping out above 42 degrees Celsius on Wednesday.

The neighboring coastal provinces of Jiangsu and Fujian were also suffering under high heat, while Henan, Sichuan and Heilongjiang further inland saw many hospitalized for heat stroke, with an as-yet unreported number of deaths.

Summer arrives in Canada, and so does extreme heat. How to stay safe

Floods have also struck much of the country, with three people reported killed and five missing in Sichuan province’s Pingwu county as of midday Wednesday. One person was reported dead and eight missing in Heilongjiang in the northeast.

Hundreds of thousands in south-central China have already been displaced by flooding. The flooding adds to economic woes brought on partly by stringent “zero-COVID” measures restricting travel and disrupting supply chains.