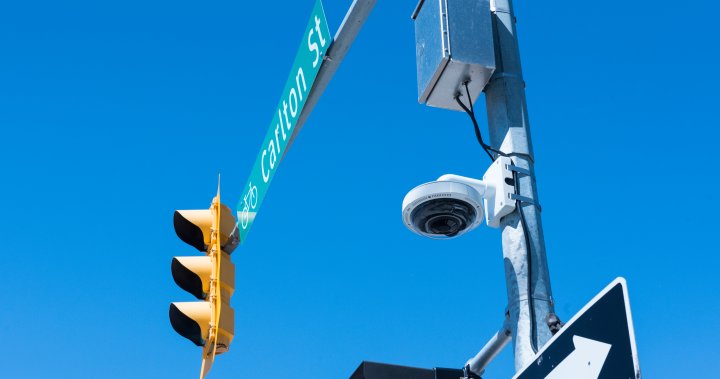 Winnipeg police is adding 16 cameras in downtown Winnipeg as part of its closed circuit television program.

Inspector Gord Spado of the Winnipeg Police Service says it’s been in the works for a while, and is not a reaction to the recent uptick in violent crime.

City council approved the expansion program back in the summer of 2018.

“Finding the right technology that we wanted to use for a Winnipeg solution was a part of it, but COVID, of course, played another role in making some of the processes a little more difficult,” Spado told 680 CJOB.

There will now be 25 cameras as part of the strategy. Nine cameras were installed in 2009 at high-crime locations, but police say several of those have permanently failed and are non-operational.

Spado says the cameras soon to be in place will now have a 360-degree view.

He says the previous cameras helped in solving four homicides.

“Capturing an image was dependent on which way the camera was pointed,” Spado said. “So with these new cameras, we’ll be more successful in capturing a lot more.”

Police won’t be monitoring the cameras live and the footage will only be accessed for criminal investigations, barring an event where a major police response is needed.

“Whether it’s Resource Assistance for Youth, that did a lighting project, whether it’s the Canadian African Muslim Women Association, that are doing life skills programs, this is the type of community safety initiatives I think people want to see,” Rollins said.

The locations which will now be equipped with the cameras include: