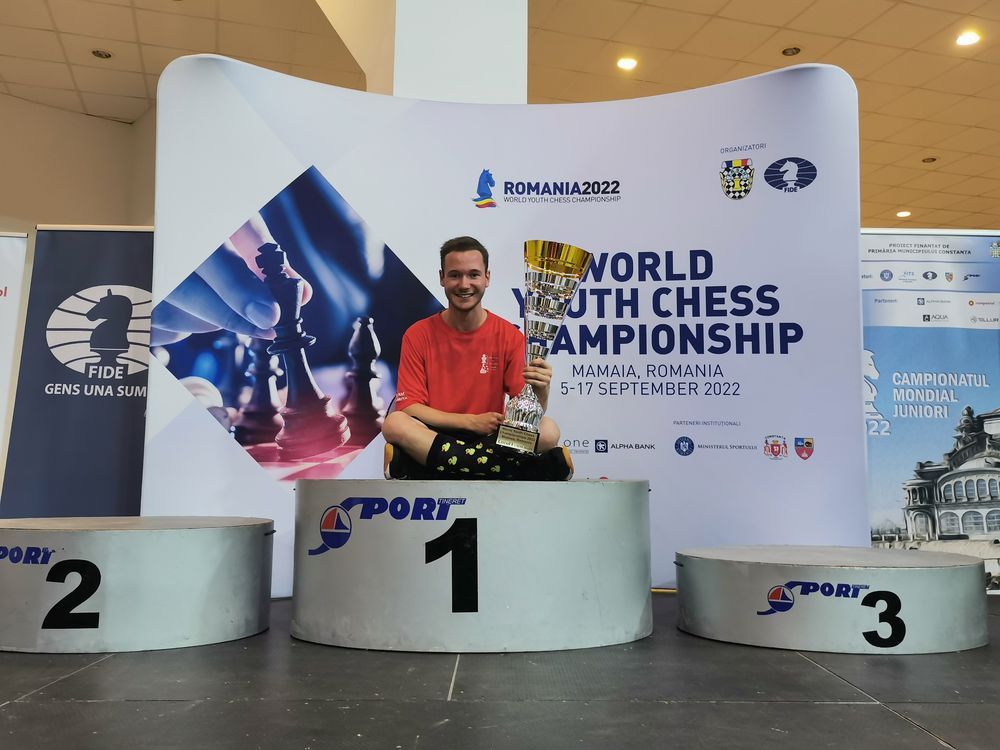 Montrealer Shawn Rodrigue-Lemieux became the first Quebecer and only second Canadian to win the world under-18 chess championships last week.

Rodrigue-Lemieux said being world champion is “crazy” and something he didn’t really expect when he travelled to Mamaia, Romania, for the tournament.

He scored nine points out of 11 — seven victories and four stalemates — beating adversaries from 54 countries in the Sept. 5-17 event. Among those he beat was Kazybek Nogerbek of Kazakhstan, who finished second in the rankings. He drew against Marius Fromm of Germany, who finished third.

With the win, Rodrigue-Lemieux receives the first norm toward achieving the title of Grandmaster, the highest title in chess.

“He could become the youngest Quebecer in history to obtain the title of Grandmaster,” said Richard Bérubé, general manager of the Fédération québécoise des échecs. About 1,200 players are international Grandmasters, including Quebecers Kevin Spragget, Pascal Charbonneau and Thomas Roussel-Roozmon, who received the title at the age of 22.

Rodrigue-Lemieux, who was aiming for a top five or eventually top three in the tournament, had won the Canadian championship in Hamilton in July.

“I started playing (chess) in schoolyards when I was in elementary school and I was immediately taken with it,” he said. “Quickly, I did pretty big tournaments.”

Having turned 18 this year, it was his last opportunity to play in a youth tournament, but he has already begun playing in all-ages events. He is studying social studies at Collège de Maisonneuve, with a specialization in law, and wants to pursue those studies, but doesn’t exclude a career in chess.

“Clearly, I want to go to university, but chess is also part of my future.”