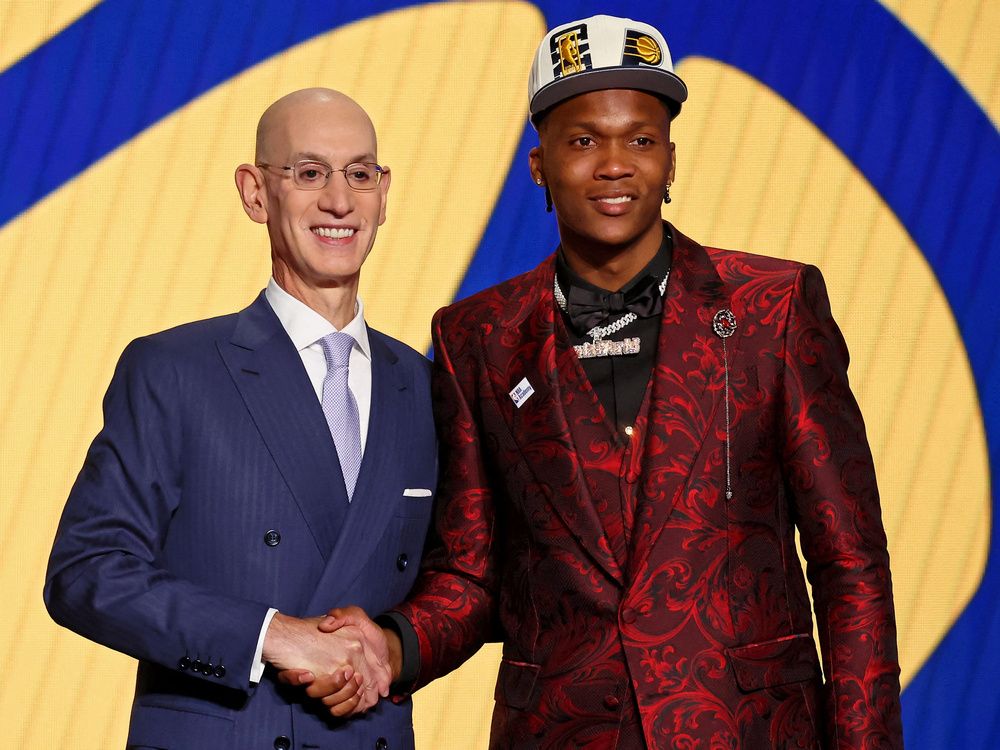 Bennedict Mathurin of Montreal was selected sixth overall by the Indiana Pacers in the 2022 NBA draft on Thursday.

“I feel like I’m a winner,” said Mathurin. “I’m a really competitive guy. Off the court, I feel I’m a pretty funny guy. I like doing a lot of fun stuff.”

Mathurin, a 6-foot-6 shooting guard/small forward, averaged 17.7 points. 5.6 rebounds and 2.5 assists last season, when he was named the Pac-12 Player of the Year. He shot 45 per cent from the field, including 36.9 per cent from 3-point range in helping the University of Arizona Wildcats reach the Sweet 16 in the NCAA Tournament. Mathurin grew up in Montreal and his parents in Haiti.

Mathurin became the first Canadian to attend the NBA Academy in Mexico City from 2018-20 before his two seasons at the University of Arizona.

He scored 30 points in a big game in the second round of March Madness, helping Arizona beat Texas Christian University in overtime.

“We have a pretty good team and I’m looking forward to having an impact right away,” Mathurin said. “The staff was really good to me when I went there for my team workout. I feel like they believe in me. Having people trust in my game is great.”

“I think I was able to show the player I was and my shooting ability,” he said.

Pacers president of basketball operations Kevin Pritchard began a rebuild of the team after guards Malcolm Brogdon and T.J. McConnell, forward T.J. Warren and center Myles Turner all had lengthy absences because of injuries.

With Halliburton, the Pacers appear to finally have a playmaking ball-handler.

“It’s great to have a guy like Tyrese, who is a leader who likes to pass the ball,” Mathurin said. “Me being around him every day and learning every day will be a great thing.”

It was the first time the Pacers had a single-digit draft pick since drafting George McCloud with the No. 9 draft pick in 1989.

Selected right after Mathurin was Shaedon Sharpe, a 19-year-old from London, Ont., selected No. 7 by the Portland Trail Blazers.

It’s only the second time in history that two Canadians have gone in the top 10 in the NBA draft. In 2014, Andrew Wiggins was taken first overall by Cleveland, and Sacramento took Nik Stauskas with the No. 8 pick.