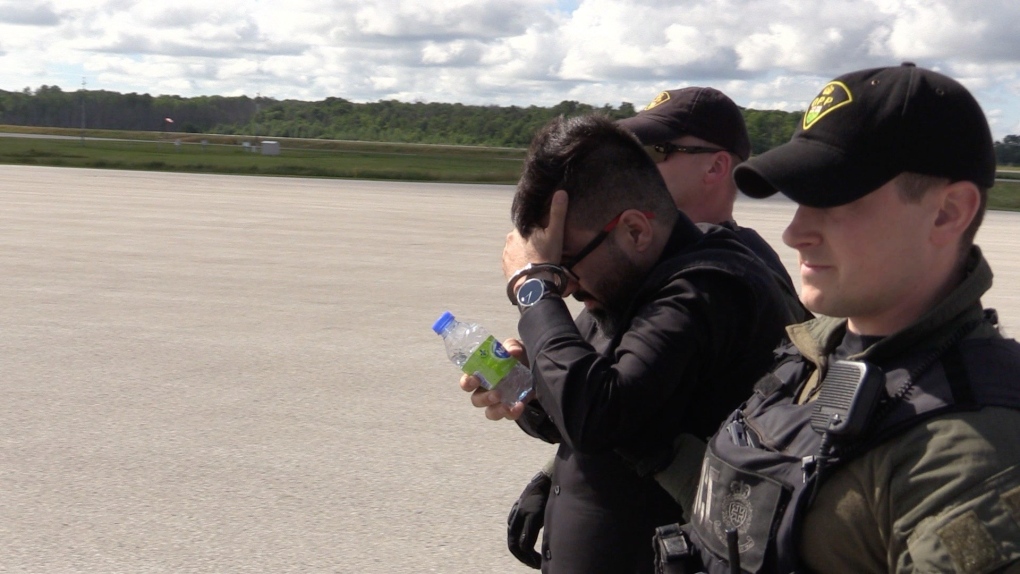 The former boyfriend of Elnaz Hajtamiri faces charges in connection with her alleged abduction six months ago in Wasaga Beach, Ont.


Following an investigation, police have now charged Mohamad Lilo, of Montreal, with kidnapping, which provincial police confirm is related to Hajtamiri’s disappearance on Jan. 12. He is also charged with attempted murder and attempted kidnapping linked to the attack on Hajtamiri in Richmond Hill in December 2021.


Nine days after her disappearance, OPP announced Lilo was charged with criminal harassment. Police confirmed Hajtamiri was the victim of criminal harassment following alleged threats by Lilo after she broke up with him in the fall.


THE ABDUCTION AND ASSAULT


In January, Hajtamiri was forcibly taken from a family member’s home – where she was in hiding following the assault – by three men posing as cops claiming to have a warrant for her arrest.


According to York Regional Police, two men attacked Hajtamiri in an underground parking garage in Richmond Hill weeks before her alleged kidnapping.


She suffered a head injury that required roughly 40 stitches to her forehead. Police later confirmed she had been hit in the head with a frying pan.


Hajtamiri’s family said her vehicle was found to have tracking devices on it at the time of the parking garage assault.


In April, two more men, Riyasat Singh and Harshdeep Binner, were charged by York Regional Police with attempted murder and attempted kidnapping concerning the attack in the underground parking garage on Dec. 20 in Richmond Hill.


Singh was arrested at a home in Brampton on April 14, while a Canada-wide warrant was issued for Binner.


Both Binner and Singh had previously been arrested in Alberta in March following an investigation by police into the theft of more than 40 Ford F-150 pickup trucks in Edmonton.


The now 38-year-old Hajtamiri has not been seen or heard from since her alleged abduction.


She is five feet three inches tall with a slim build and shoulder-length black hair that had been cut shorter before she disappeared.


Police say she emigrated to Canada from Iran less than four years ago.


The Hajtamiri family issued a statement following news of the charges.


It reads, “We are grateful to hear that the OPP has made progress in arresting the suspects from her attack and kidnapping and understanding what happened to our dear Elnaz.


These past 6 months have been grueling and painful since her disappearance, as we’ve continued to search endlessly for her. We’ve been met with nothing but silence from the abductors, and not a trace has been found from our beautiful girl.


We hope that the arrest of this suspect will bring us closer to finding her.”


The family extended its thanks to the investigators and OPP officers “for their relentless work, compassion, and dedication to this case. We are truly grateful and hopeful that this development will lead us to finding Elnaz.”


Anyone with information is asked to call the dedicated tip line at 1-833-728-3415, local police or Crime Stoppers to remain anonymous.