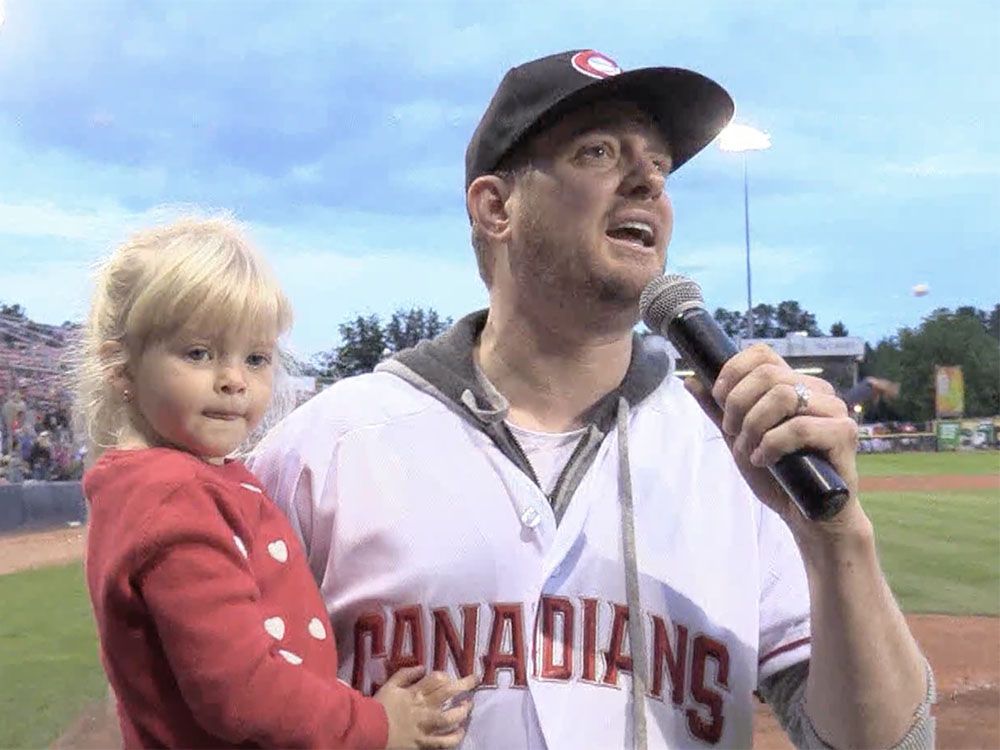 The music superstar brought his three kids to the Canadians game at Nat Bailey Stadium, and cuteness ensued

He was just a regular dad doing regular dad things, but he was also Michael Bublé, one of Vancouver’s own music superstars.

Bublé took the kids to a Vancouver Canadians baseball game at Nat Bailey Stadium on Tuesday night, and he was ready to help them get into the spirit of things by singing Take Me Out to the Ball Game during the seventh-inning stretch.

Being a guy with a certain celebrity around these parts, the Canadians urged him out of the stands and into the spotlight for the rendition. A staffer ran over to give him a microphone — although it doesn’t appear to have registered much of that silky smooth voice above the crowd chorus.

All the kids — the eldest, Noah, the middle guy Elias and baby Vida — came out to home plate, too. And it was definitely the youngest who stole the show.

As the song wound down with “one, two, three strikes, you’re out at the old ball game,” little Vida Amber Betty Bublé decided there was someone a bit more important than Daddy on the field.

Still in her father’s arms, Vida reached around Bublé to give a big hug to Bob Brown Bear, the Canadians’ mascot, whom she had spied over his shoulder during the song. It was a moment of pure “awwwww.”

Bublé, whose eldest went through a cancer scare when he was just three years old, has become as much a devoted dad as a crooner of classics in recent years. He mentions fatherhood first on his social media description, which reads: “Devoted Papi and Husband, Keeper of The Great American Songbook, Sex Symbol and Humble Canadian and Sex Symbol.”

He and wife Luisana Lopilato announced over the winter they’re expecting their fourth child later this year.