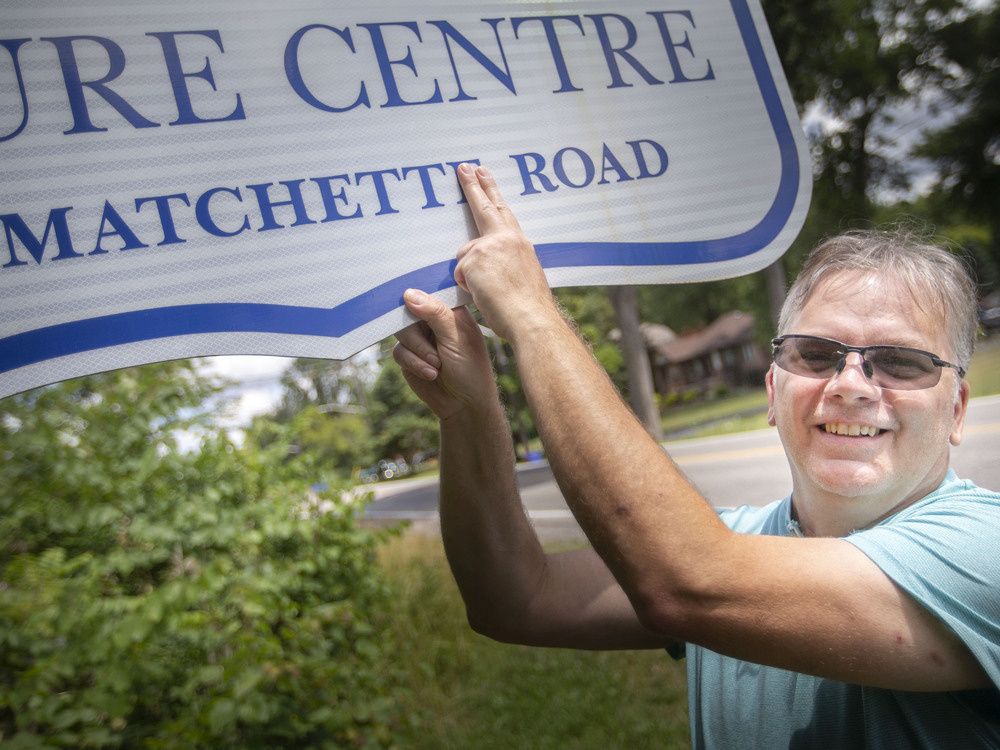 The pesky final “e” added erroneously to Matchette Road generations ago will finally get the axe following generations of advocacy by descendants of the west-end thoroughfare’s namesake.

City council on Monday agreed to correct the spelling to Matchett Road for $6,580 at the request of Al Matchett, great-great-grandson of early Essex County pioneer Alfred Matchett, a veteran who defended Canada during the Fenian Raids in 1866 and after whom the road was named.

“I’m very happy. I’m thankful. I’m grateful,” Al Matchett told the Star. “I think Drew Dilkens and the Windsor city council are doing a great job of honouring Windsor-Essex’s past and building the county’s future — it’s just great to be part of that.”

Al Matchett said his father Alfred, uncle Don, and grandfather William were adamant the road’s name was spelled wrong but had no proof. Each worked diligently to unearth evidence but died before a pivotal discovery was made in 2011: Alfred Matchett’s obituary.

Published in the Windsor Evening Record on Dec. 10, 1913 and found online by Al Matchett’s neighbour, the obituary states Alfred Matchett was the person “responsible for the opening up of Matchett Road, which was named after him.”

Al Matchett in 2011 reached out to the city and the Town of LaSalle with his discovery to request that the road’s spelling be corrected. Both the city and the town at the time deemed the correction logistically and financially unfeasible.

A decade later, in January of 2021, Al Matchett again made his ask, and both Windsor Mayor Drew Dilkens and LaSalle Mayor Marc Bondy agreed to look into making the correction.

Dilkens on Monday thanked Al Matchett for his patience, and for fighting for his great-great-grandfather, who is “certainly very worthy of this recognition.”

Alfred Matchett owned a number of properties in Sandwich West in the mid-1800s. The general area later became part of the former Town of Ojibway, “and so by living and working there on his farm,” he was one of the first people to settle the town, a city staff report said. Newspapers, maps, and city directories use the spelling Matchett in reference to the road as well as to Alfred Matchett’s family.

“It appears that in later editions of these sources, an “e” was added to the end of the name,” the report said. “The ‘e’ addition becomes more prevalent in the sources beginning in the 1940s. This can possibly be attributed to the French heritage of the area as the ‘ette’ ending is common in that language.”

Ward 1 Coun. Fred Francis, who moved administration’s recommendation in support of the spelling change, asked that the city notify the Town of LaSalle and ask that it follow suit. Al Matchett said he’s confident LaSalle will also take action.

Residents who live on Matchette Road “ought not to worry” about the spelling change, the mayor said, because “there’s no real impact to them.”

The estimated cost of correcting the spelling and changing signs is $6,580, including $3,500 to replace or cover the “e” on nine city signs, $500 to paint the “e” on decorative signage at the Ojibway Nature Centre and Malden Park rear entrance, and $2,000 for the Ministry of Transportation to affix a green plate to cover the “e” on three signs on Ojibway Parkway, which will require land closures.

Posting a notice of the change in the Windsor Star and mailing out information letters to approximately 140 property owners and tenants with current Matchette Road addresses will cost $580.