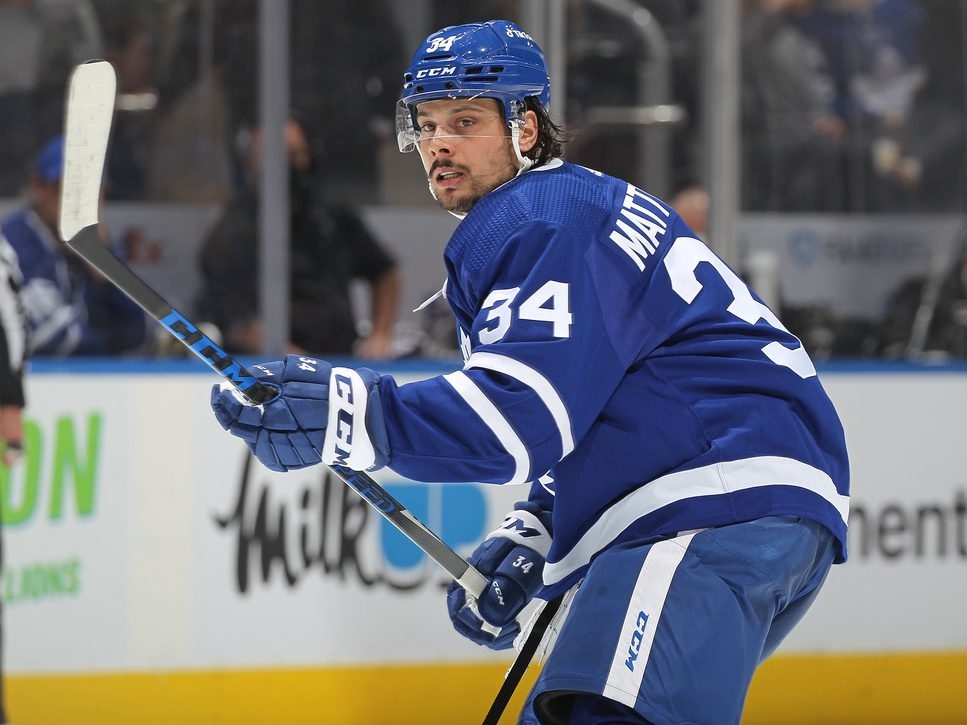 Sheldon Keefe’s Maple Leafs lineup for the regular-season opener is close to being set.

And yes, that’s with one pre-season game remaining, on Saturday night against the Detroit Red Wings at Scotiabank Arena.

From the manner in which the Leafs coach broke down the roster for the final exhibition tuneup, there is one spot up for grabs, and that’s on the wing.

Adam Gaudette and Denis Malgin will get a last chance to strut their stuff against the Wings, playing on a line with William Nylander in the middle.

The other lines, barring injury on Saturday night, appear to be good to go.

Auston Matthews between Michael Bunting and Mitch Marner is a no-brainer. Keefe likes what he has with Alex Kerfoot between Pierre Engvall and Calle Jarnkrok, saying he would be comfortable putting the line out against any opposition.

Then there is David Kampf between Zach Aston-Reese and Nicolas Aube-Kubel. Aston-Reese still must be signed, and though the Leafs are cash-strapped, there appears to be confidence in the organization that it will get done.

When the puck drops for the opener on Wednesday in Montreal against the Canadiens, and assuming Nylander remains in the middle, expect Nick Robertson to be on one wing. Gaudette or Malgin, presumably, would be on the other.

Where it gets further intriguing is whether captain John Tavares will be ready to play on Wednesday. Tavares had another good on-ice workout on Saturday as he recovers from an oblique strain.

“I would love to be ready to go for Wednesday,” Tavares said. “I don’t think there’s any hockey player or athlete that wouldn’t want to be available anytime there’s a chance to compete, especially at the start of the year.

“But at the same time, you have to look at the big picture. (The Leafs have) four games in six nights (to start the season) and we have an 82-game grind and hopefully a two-month grind after that.

“I just continue to hit my checkpoints day by day, get the feedback and we’ll assess each day where I’m at.”

It would not come as a surprise if Tavares made his debut the following week, perhaps on Oct. 17 against Arizona.

Keefe has liked the camp that Pontus Holmberg has had, but Holmberg does not need waivers to be sent to the Toronto Marlies. The writing on the wall for veteran forwards Wayne Simmonds and Kyle Clifford seems clear.

On the blue line, Jake Muzzin will make his pre-season debut after recovering from back discomfort, playing with usual partner Justin Holl. Morgan Rielly and TJ Brodie are the top pair, while Mark Giordano and Rasmus Sandin will be the third pair.

For Muzzin, he will start to try to recapture the positive impact he had in the playoffs last spring after an inconsistent regular season.

“During the season, there’s ups and downs and it’s a long season and I think it was just getting back to having fun (in the post-season),” Muzzin said. “I was putting a lot of pressure on myself last year to be the perfect player and that’s impossible.”

Matt Murray will start in goal and is expected to play 60 minutes.

“The players want to get the conditioning elements, timing elements and most importantly, get out of the game healthy.”

The Leafs made another round of cuts on Saturday. Forward Joey Anderson and defenceman Mac Hollowell were placed on waivers for the purpose of being assigned to the Marlies.

Assigned to the Marlies was a group of players who did not require waivers: Goalies Erik Kallgren and Dylan Ferguson, defencemen Marshall Rifai and Mikko Kokkonen, and forwards Nick Abruzzese, Semyon Der-Arguchintsev, Bobby McMann and Alex Steeves.