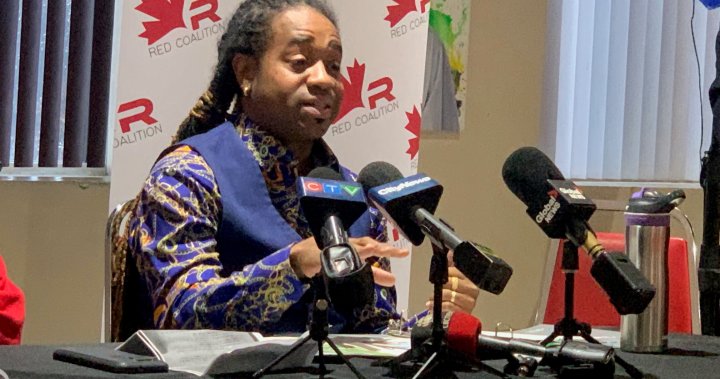 A Black man who was stopped by Laval police in September is saying he was racially profiled.

On September 13, Carl Luberisse was heading to work at a warehouse, where he drove a forklift.

He noticed a police car pull a U-turn to follow him.

“You have my car, two other cars behind me, and then after, it’s them. No lights, no nothing,” said Luberisse.

The two officers followed him, blocked him from entering the building and demanded to see his ID, which he refused because the officers would not give him a reason.

“‘For what?’” he said he asked the officers at the time.

Luberisse says two more officers were called as back up and he was handed a $494 ticket for obstructing a police officer and a fine of $173 for failing to signal a lane change.

“When she bring the ticket, all the time you didn’t talk to me about the reason why you stopped me,” he said.

Several employees witnessed the event and it was caught on security cameras. Once Luberisse was able to get inside the building, he figured it was business as usual, but several days later, he was let go by the company and told there was no more work for him. Luberisse said he was shocked and devastated.

Now Luberisse is without a job and is taking the matter to court and the Quebec human rights commission with the help of a non-profit organization, the Red Coalition.

They will also file a complaint against the Laval chief of police.

“He is in charge of the police service, so the buck stops with him,” said Babineau. He said that the incident is an example of racial profiling and the abuse of section 636 of the Highway Safety Code, which allows random checks.

“Now you have Black people, when they see a cop, they see an enemy,” said Babineau.

A Quebec superior court judge ordered the end of random checks in October. The Quebec government is appealing.