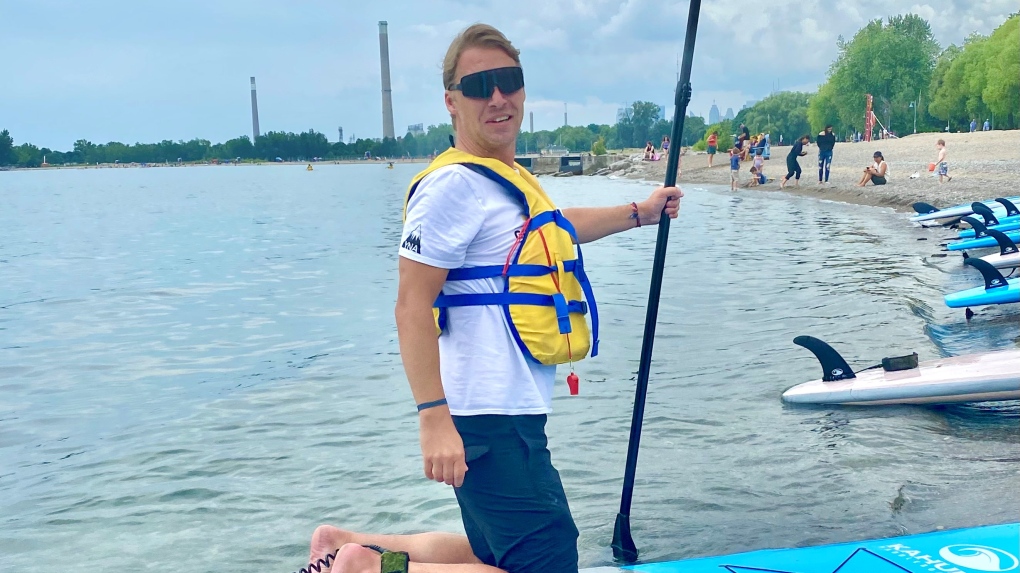 Four years after losing his ability to walk, Mike Shoreman is attempting to cross all five Great Lakes on a paddleboard in an effort to raise money for youth mental health.


“I realized very quickly I didn’t want kids to feel the way I felt, which was alone, and scared,” said Shoreman, who in 2018 was diagnosed with Ramsay Hunt syndrome, which can occur when a shingles outbreak affects the facial nerve near one of your ears.


Shoreman says his first symptom was a painful earache, but things quickly deteriorated.


“Vision impairment, the nerves in my face shattered and collapsed,” he recalls. “And then I woke up one morning and I couldn’t walk anymore.”


Ramsay Hunt is the same syndrome Justin Bieber was recently diagnosed with. In Shoreman’s case, it wasn’t caught quickly enough and his vision, speech and mobility are all severely impacted.


“I was a paddleboarding coach here in Toronto,” Shoreman says. “And overnight I lost my business, my independence and my social life. I ended up having a mental health breakdown.”


Shoreman was able to get treatment at a mental health facility. He wants to make sure mental health programs exist in schools and communities across the country.


“Through the recovery and through putting my life back together I really leaned on community and they really showed up for me.”


If successful, Shoreman will become the first person with a disability to cross all five Great Lakes. So far he’s raised nearly $60,000 for Jack.org, which provides mental health support to young people across the country. His goal is to raise $250,000 by the end of the summer.


“Every single Canadian knows someone who has had a mental health journey or has had one themselves,” Shoreman says. “This is something that affects rich or poor; it affects every single person.”


Less than a year after his diagnosis, doctors told Shoreman he’d likely never paddleboard again. When he decided to try, he lasted three minutes and spent the next day-and-a-half recovering.


But those three minutes, started a slow return to the water.


“At that point in time I was still using a cane to walk, so it gave me a lot of confidence,” he says. “I felt like I lost a lot of my power as a human being when everything fell apart and getting back on the board that day, I felt like I was at home.”


So far, the 39-year-old has conquered Lakes Erie, Superior and Huron. He aims to cross Lake Michigan at the end of July, and Lake Ontario in August.