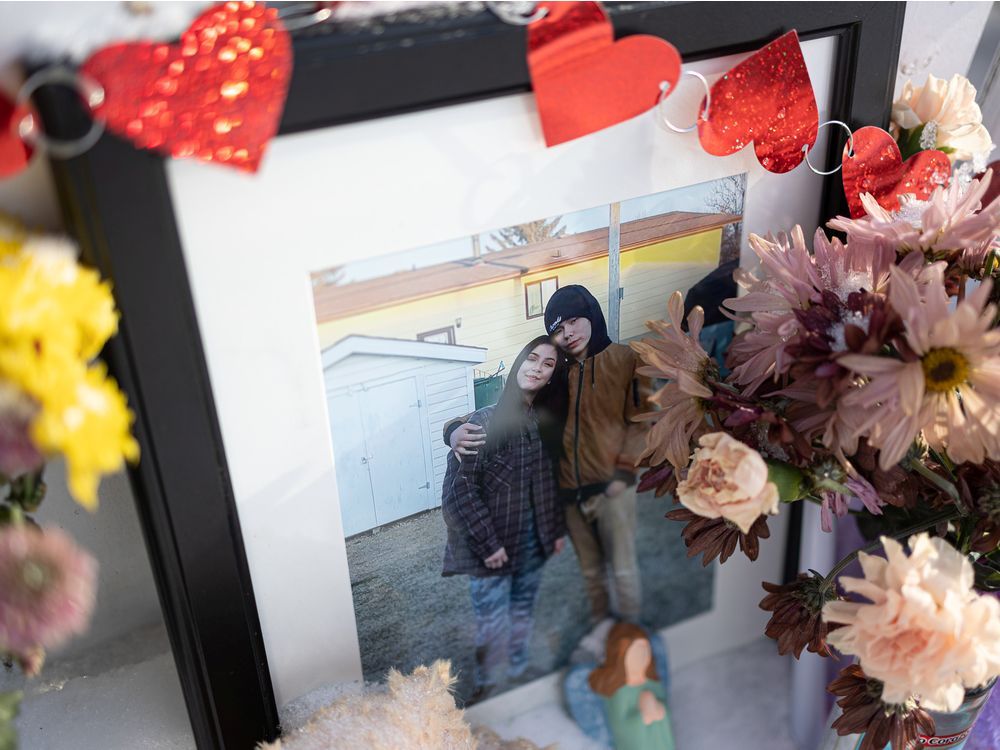 A 21-year-old man accused of fatally stabbing a young Saskatoon couple in the city’s Caswell Hill neighbourhood has been committed to stand trial.

Police said they got a call around 1:40 p.m. on Jan. 19 about an injured person in the 400 block of Avenue B North. Once there, officers found two injured people.

Opoonechaw died in hospital that day. Checkosis was listed in critical condition and died the next day.

A preliminary hearing was held this week in Saskatoon provincial court to determine whether there is sufficient evidence to proceed to trial. Evidence heard at preliminary hearings is banned from publication to protect an accused person’s right to a fair trial.

The hearing concluded on Tuesday with Sanderson’s committal, the court confirmed. The case will now move to Court of King’s Bench, where trial dates will eventually be set.

According to police, the victims and the accused were known to each other. Court records indicate Sanderson’s address is the same apartment building where the couple was stabbed. Police said he was arrested a short distance from the scene.

The stabbings were Saskatoon’s first homicides of 2022.

— with files from Thia James