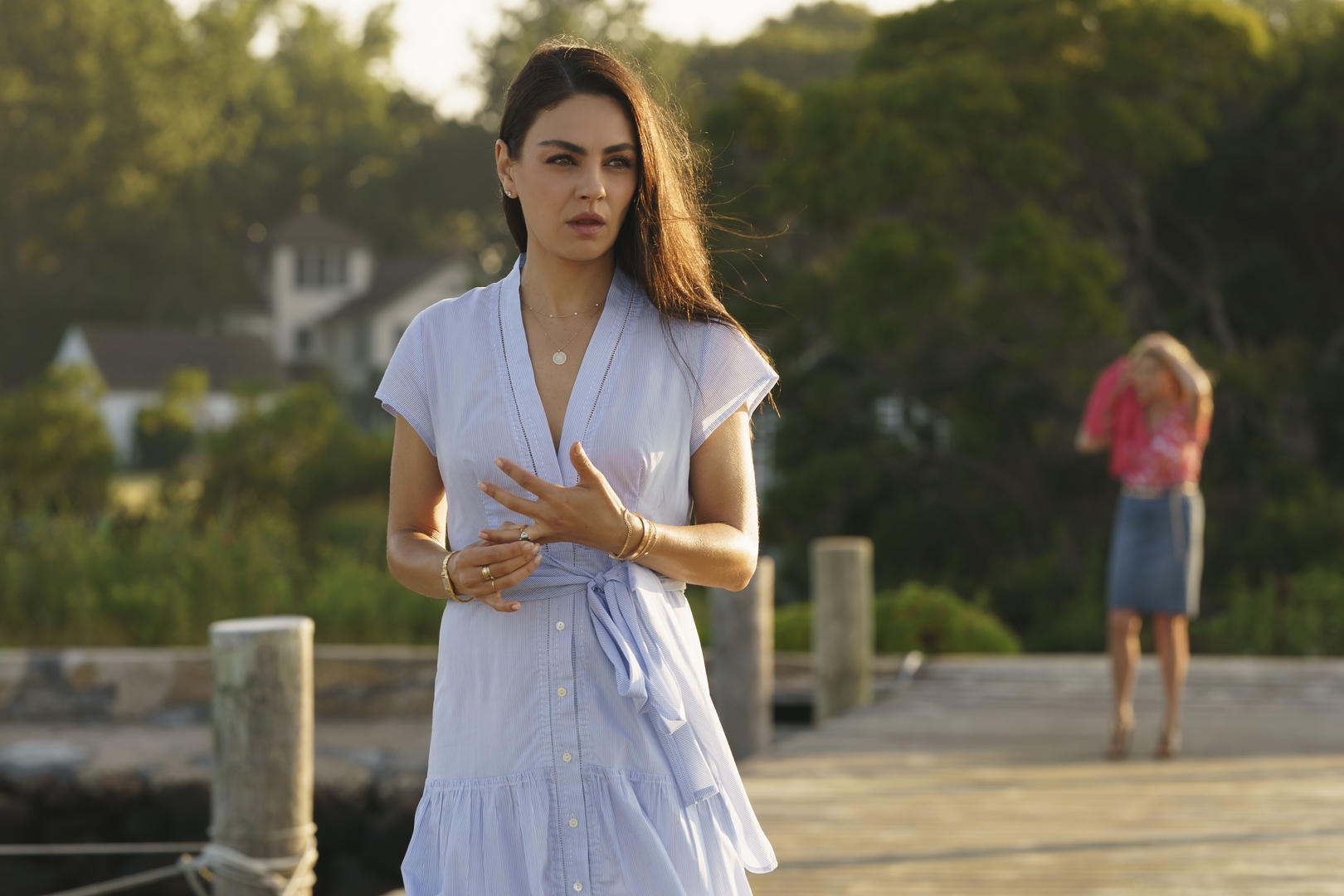 1. Luckiest Girl Alive
Movie
A twentysomething’s (Mila Kunis) New York City life starts to unravel when a true-crime documentary forces her to revisit her harrowing high school history and confront a dark truth that threatens to upend her perfectly crafted life. Based on the best-seller written by Jessica Knoll. “There was so much of my own story and experience embedded in this character,” Knoll says.
When: Available now on Netflix

2. Walker Independence
Debut
This prequel to the CW’s Walker is set in the late 1800s and follows Abby Walker (Katherine McNamara), a tough-minded Bostonian widow who crosses paths with a rogue (Matt Barr) in search of purpose.
When: Sunday on W Network

3. Shantaram
Debut
Based on the best-selling novel by Gregory David Roberts, the series features Sons of Anarchy star Charlie Hunnam as a fugitive Australian bank robber looking to get lost in chaotic 1980s Bombay.
When: Friday on Apple TV+

4. The Good Doctor
New Episode
On their first day as surgical attendings, Dr. Shaun Murphy (Freddie Highmore) and Dr. Alex Park (Will Yun Lee) are introduced to the first-year residents they will be overseeing.
When: Monday on ABC, CTV

5. Grey’s Anatomy
New Episode
The attending surgeons and interns work together to solve a medical mystery when a college kid comes in with what initially looks like food poisoning, but quickly turns into something worse.
When: Thursday on ABC, CTV

6. The Curse of Bridge Hollow
Movie
A father (Marlon Wayans) and his teenage daughter (Priah Ferguson) are forced to team up and save their town after an ancient and mischievous spirit causes Halloween decorations to come to life and wreak havoc.
When: Friday on Netflix

7. The Redeem Team
Documentary
Follows the U.S. Olympic Men’s Basketball team as they travel to the 2008 Beijing Olympics on a quest for the coveted gold medal that eluded them four years prior.
When: Available now on Netflix

8. Station 19
New Episode
The team is called to a fire at a run-down apartment complex that reveals an unsettling cause.
When: Thursday on ABC, CTV

9. NCIS: Los Angeles
New Episode
The NCIS team searches for a suspect following the bombing of a large facility where military combat drones are assembled.
When: Sunday on CBS, Global

10. Celebrity Jeopardy!
New Episode
Constance Wu, Ike Barinholtz and former Toronto Raptor Jalen Rose test their knowledge while battling for the final spot in the semi-final round.
When: Sunday on ABC, CTV

11. 38 at the Garden
Documentary
Chronicles the extraordinary ascendance of point guard and former Toronto Raptor Jeremy Lin during his landmark 2012 season with the New York Knicks.
When: Tuesday on Crave

13. The Rookie
New Episode
Officer John Nolan (Nathan Fillion) is assigned his first rookie (Lisseth Chavez), whose unconventional approach to police work poses a unique challenge for him.
When: Sunday on ABC, CTV

14. Werewolf by Night
Special
A secret league of monster hunters are thrust into a mysterious and deadly competition for a powerful relic after the death of their leader.
When: Available now on Disney+

15. Planet Shark
Debut
The three-part series reveals new scientific discoveries and incredible footage of sharks as it takes a deep dive into how these animals have managed to outlive and outperform every other predator on earth since prehistoric times.
When: Saturday on Love Nature

16. We Bought a Funeral Home
New Episode
The Blumberg family escape Toronto to turn an eerie funeral parlor into their dream home in the small town of Dresden, Ont.
When: Saturday on discovery+