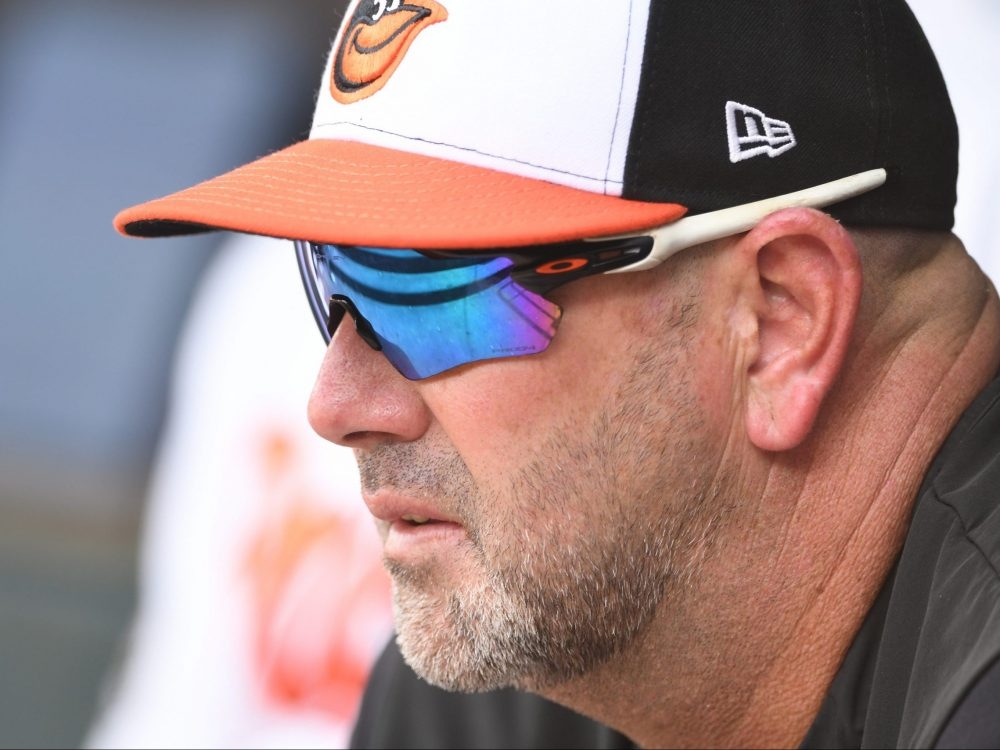 From a mid-August series in which they were threatening to run down the Blue Jays for a wild card spot, to three weeks into September, Brandon Hyde has had his fill of his team’s division rival.

So what has the Orioles manager seen from the surging Jays, who have come close to burying his team’s post-season chances in recent weeks?

Hyde feels like the Jays are a team built to be a serious contender, even if they haven’t shown it consistently all season.

From the visitor’s dugout at the Rogers Centre, Hyde has seen first-hand what has helped the Jays move into frontrunner position for the top wild-card seed.

“It’s a really talented team and the lineup is deep,” Hyde said Sunday prior to Baltimore’s 5-4 win over Toronto, in which the visitors managed to avoid a three-game sweep. “They paid for (George) Springer, they go trade for (Matt) Chapman and they have a couple of younger players who use the whole field … plus they have (Vlad) Guerrero Jr. and (Bo) Bichette, who have huge power.

Hyde’s young and upwardly trending team is likely to fall short of a wild-card spot, after flirting with it for much of the season. But the Orioles skipper hopes some of his hitters can take note of the versatility the Toronto offence has shown.

With the Orioles’ win on Sunday, they continued to battle the Jays tough, evening the season series between the teams at 8-8 with three games remaining in Baltimore in the final week of the season.

“They’re not only talented, but they’re able to give you really tough at-bats,” Hyde said of the Jays. “It’s tough to position (against) with how hard they hit the ball to every single part of the field.”

In recent weeks, it had been difficult to place a bet on who will win the AL East.

The Yankees, after all, had such a huge lead over the rest of the division that they were prohibitive favourites. Much has changed of late, however, as the Jays moved to within 4.5 games of the Bronx Bombers prior to Sunday’s game.

That opened the betting windows, of course, and created opportunity for optimistic Blue Jays backers who were all over the place in divisional odds — from a tempting 13-1 at one book, to 10-1 at another to a more modest 7.5-1 at the lowest-priced outlet we saw.

SAVE IT FOR LATER

As tough as the blown save on Sunday was for reliever Jordan Romano, the Canadian closer believes such moments make him stronger.

And as the stakes continue to escalate, the Markham, Ont., native figures he’ll be able to lock in even further.

“Honestly, over the course of the past couple of years, I’ve been in a lot of big spots and learned from them, even blowing some games,” said Romano, who gave up three runs in the ninth on Sunday to allow the Orioles to score a 5-4 comeback win. “Even blowing some gems, it sucks in the moment, but you learn from that, too.”

While there is always an adjustment to be made communication-wise, Jansen saw the benefits of getting up to speed with the big right-hander now, especially if he’s needed for the assignment come the post-season.

“It’s good to be able to go through this now,” Jansen said. “If we have to work together down the road, an outing like this will help us both.”

Speaking of helping, Jansen aided the cause of his batterymate with a solo home run in the fourth inning. It was the catcher’s 13th homer of the season, matching a career high set in 2019.

Jays manager John Schneider said that the ball that Springer took off his arm in the third inning caught him between the elbow and the protective guard. “He battled through it,” Schneider said. “He’ll be fine. He’s good to go..” … The Jays clearly favoured giving Kirk a few more days to heal a minor hip ailment rather than sending him out for his regular spot in the battery with Manoah for Sunday’s game … After the seven-day, eight-game home stand, the Jays head out for their penultimate road trip of the season with a pair of games in Philadelphia starting on Tuesday, followed by four against fellow wild-card combatants, Tampa Bay … The pair against the Phillies are the only two of the Jays’ final 23 games not against divisional opponents.