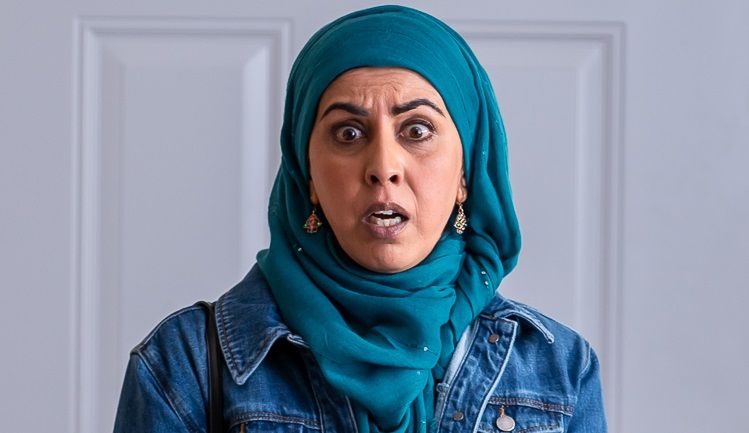 A decade after her acclaimed CBC show Little Mosque on the Prairie ended, Zarqa Nawaz is back with another comedy — and it’s just as incisive and provocative as you’d expect.

Titled Zarqa, and now streaming on CBC Gem, it follows a divorced, middle-aged Muslim woman who invents a fake boyfriend so she can save face at her ex’s wedding. The character’s not perfect: she has a designated revenge anthem and once gave a dog sleeping pills for barking during The Bachelor. But, she’s relatable.

Nawaz also has the new comedic novel Jameela Green Ruins Everything now out. She spoke to Postmedia about the show and how things have changed since Little Mosque’s finale in 2012.

Q: How did the idea for Zarqa come about?

A: The film The Big Sick came out in 2017 and I read angry think pieces by brown women. Many of those writers felt that Hollywood was creating a narrative where a brown man dates a brown woman, the unattractive sidekick, until the white girlfriend arrives as the true object of his desires — the ultimate trophy. Those articles sparked the idea for the premise of this series — “What if a brown woman gets her revenge by doing the same thing, dates a white man and competes? White trophy vs. white trophy.”

Q: Another throughline of this show is the story of a woman in mid-life. How did you approach portraying that on screen?

A: A lot of my divorced friends told me that one of their most painful moments was when their ex got remarried, even if they were the ones who initiated the divorce. I wanted to explore the devaluation of older women in society and how, despite all the gains feminism has made, youth and beauty are still held in high esteem. Having a protagonist who fights against the expectations of aging and wins against all odds was particularly gratifying. Also, for my husband’s sake, I want to mention that we’re still married and he didn’t leave me for a younger woman — he still likes me!

Q: Little Mosque on the Prairie did so well here in Canada and internationally. What were the biggest lessons you learned during that time?

A: I learned that representation matters. But I also learned that Hollywood will only pay attention to representation if it gets ratings. I’m gratified to see more diversity on television. Fantastic shows such as Superstore, Black-ish, Fresh Off the Boat and Jane the Virgin have burnt up the small screen.

If Little Mosque had a small part in giving the industry confidence that audiences will watch shows with non-white leads, then I’m very proud of what a small show set in Saskatchewan achieved. I grew up in mosque culture and it’s the most important part of my identity — to see my stories reflected on screens across the world was a dream come true.

Q: How do you feel the cultural landscape has changed since Little Mosque?

A: In some ways Islamophobia has got worse. We’ve seen mass killings of Muslims in a Quebec City mosque, in Christchurch in New Zealand. I don’t think one show can change everything — we need a lot more representation, but it’s starting slowly. We have Ramy, We Are Lady Parts, Sort Of and Ms. Marvel but we need a lot more, especially from the Black Muslim experience. There’s a new CBC Gem show coming out later in the year called virgins!, which I’m really excited about.