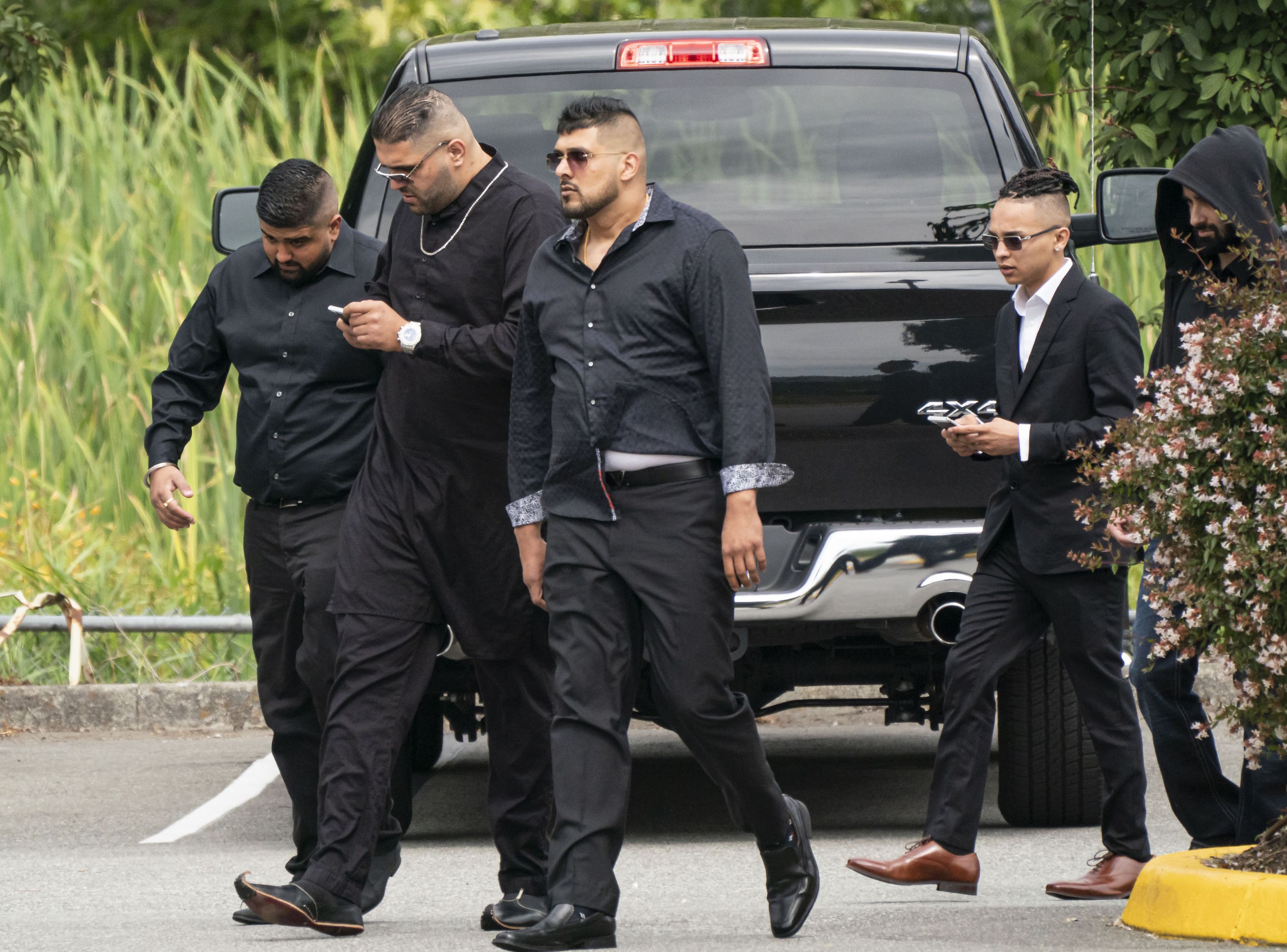 Video from surveillance cameras on Surrey homes on the day gangster Gary Kang was gunned down in Surrey were entered in evidence at the trial of his accused killer on Wednesday.

Crown prosecutor Joe Bellows said a sequence of video clips from two different Surrey houses show what appeared to be the same car on the afternoon of Oct. 27, 2017, hours before Kang was shot to death on Alpen Place in Bridgeview.

Tyrel Nguyen is charged with two counts of first-degree murder for Kang’s death and the killing of Jagvir Malhi on Nov. 12, 2018 in Abbotsford. Nguyen also faces two counts of attempted murder for shots fired that night at Kang’s brother, Gary, and friend Camilo Alonso.

He has pleaded not guilty to all counts.

RCMP Cpl. Mike Lim told B.C. Supreme Court Justice Miriam Gropper that one of the clips shows a blue four-door sedan near 129th Street and 92A Avenue in the early afternoon of Oct. 27.

“The camera depicted the area along 129th Street and what I saw was a vehicle turning into the street from 92A Avenue and it came to stop and then two individuals got out of the vehicle and they appeared to be stealing licence plates off of the vehicle that was parked on that street,” Lim said.

Lim said he viewed the video at two homes — one on 92A Avenue and the other on 93 Avenue two days after the murder in the presence of the homeowners.

He said the dark blue car made a U-turn after driving down northbound on 129th Street “and then drove southbound along 129th Street back toward 92A Avenue. It then made a left turn onto eastbound on 92nd Avenue.”

In his opening statement Monday, Bellows said those involved in the plotting and carrying out the Kang murder both rented and stole vehicles, as well as licence plates.

“Prior to the shooting, there is evidence of the theft of vehicles, the rental of vehicles and the theft and switching of licence plates,” he said.

“The Crown submission will be that this evidence clearly demonstrates the degree of planning and deliberation that took place prior to the killing.”

He said that Brothers Keepers associates Rohit Kumar and Hardii Cheema rented a dark blue Hyundai Elantra on Oct. 24, which was “involved in the stealing and switching of licence plates on vehicles and was likely a vehicle used in the shooting at Alpen Place.”

The trial is adjourned until next week when some Alpen Place residents are expected to testify.