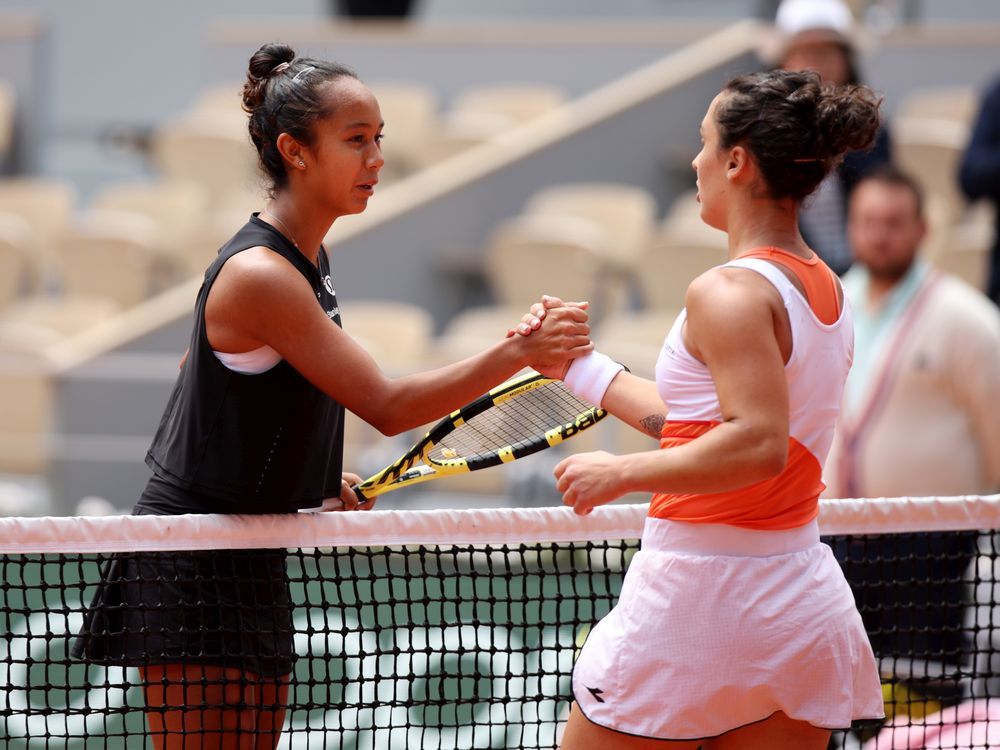 A foot injury sabotaged Leylah Fernandez’s bid to reach the semifinals of the women’s singles event at the French Open tennis championships in Paris.

The 17th-seeded Fernandez, who came into the match with a right foot injury, was upset by unseeded Italian Martina Trevisan Tuesday, but not before displaying the fighting spirit that has earned her a spot among the sport’s elite.

She fought off a match point in the second set before losing 6-2, 6-7(3) 6-3 in a quarterfinal battle between two lefthanders.

It appeared the 19-year-old from Laval wouldn’t finish the match when she received treatment during a medical timeout after falling behind 2-3 in the first set. Her father, Jorge, who is also her coach, could be seen urging her to retire from the match.

Trevisan got off to a quick start, breaking Fernandez in the first game and again for a 5-2 lead as Fernandez fought through her injury

After losing the first set, Fernandez began to play more aggressively. She started taking the balls early and worked to avoid long rallies.  She had an early service break for a 3-1 lead but Trevisan broke back in the next game.

Fernandez missed a golden opportunity for another break in the sixth game. Trevisan double-faulted twice and fell behind 0-40, but she rallied to win the game.

The Italian broke Fernandez for a 5-4 lead and had a match point in the next game. Fernandez broke back to force a tiebreaker, which she won by taking advantage of four unforced errors by Trevisan, who double-faulted at set point.

In the deciding set, it was Fernandez’s inability to hold serve that proved to be her undoing. Trevisan broke her three times to take leads of 4-0 and 5-1.

The 28-year-old Trevisan is playing the best tennis of her life. She won her first WTA title in Morocco in  the week preceding the French Open. She started the tournament at No. 59 in the WTA rankings but the win Tuesday boosts her to a career-high No. 24.

Fernandez ends the Grand Slam event at a career-high No. 14. She earned 380,000 euros to boost her career earnings more than $3 million U.S.