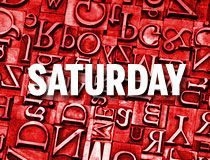 The elected officials who persist in being politically correct and pander to loud-mouthed left-wing activist groups have essentially put handcuffs on the police. Now they are upset with the level of gang violence. What did they expect? Criminal gangs thrive on money, power and the fear they put into people. They have no reason to fear the police. Society has taken care of that. With the elimination of street checks, criminals carry guns at will. The politicians have gotten a city they deserve. Unfortunately, the good citizens of Toronto do not deserve this happening to them and their city. The citizen has a powerful tool and needs to use it. It is called the vote.

Re “Anti-gang and gun initiative makes sense” (Editorial, July 13): I am a former Toronto Police officer and I am truly saddened by the total lack of vision and leadership by both the chief and the mayor. Saunders’ new ‘initiative’ may not be too little but it’s way too late. Had he created a proper plan for deployment, he would not now be paying overtime to already burnt-out coppers. His latest iteration is classic shuffling deck chairs on the Titanic! Toronto deserves to be a safe city because 99.9% of our citizens are good and decent people. Toronto also deserves a police chief who cares about the people and not simply budgets.

(This is the situation our city finds itself in and if the chief’s initiatives don’t work, then there will be further discussions if he is the right person for the job)

Farzana Hassan, thank you for speaking out loud and clear (“Trudeau’s flaky feminism pure hypocrisy,” July 13). I can only hope our PM takes the time to reflect on his misguided feminism and get to the real issues at hand. First up, an honest and accountable action on murdered aboriginal women. This has gone on too long! Here’s a note for our PM: Please don’t speak for us! It’s misguided and insulting.

(And since he is a self-proclaimed feminist, he should not be speaking for anybody)

Re “Time machine throne speech transports province to the ’90s: Opposition” (Antonella Artuso, July 13): How does Andrea Horwath leap to the conclusion from this speech that a young black man in Scarborough will not be served by the new government? When, Andrea, did it become the government’s responsibility to help young children find a sexual identity? How, Mike Schreiner, does cancelling an onerous carbon-based tax, a plan which has proven useless to its stated objective, declare war on the modern world? Talk about sensationalist, misleading garbage! The left must be reminded that democratic governance was brought about for two reasons: To provide a level playing field so all citizens have equal opportunity, and to provide law and order. What this speech says to me is that it’s time to stop spending billions on programs which do not benefit the majority, stop spending billions on bureaucracy building, and get back to respecting the hard-earned tax dollars of all Ontarians.

(The political left in this province is completely outraged at the new Ford government and they are channelling it through the NDP leader, but we don’t think it’s going to be very effective)