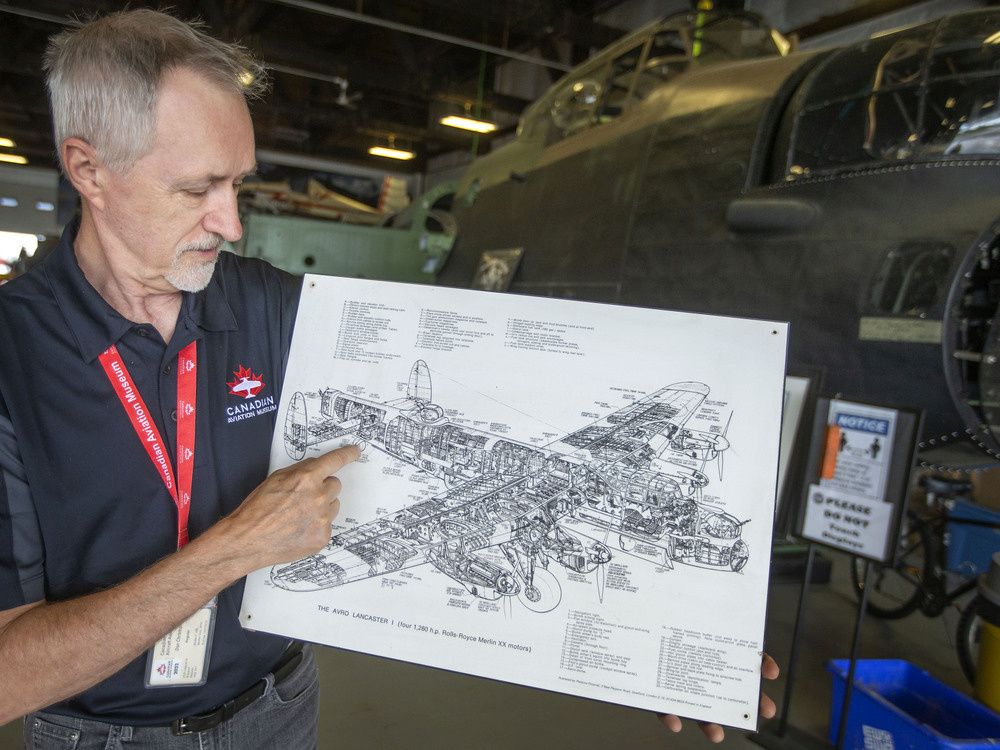 The group piloting the restoration of Windsor’s beloved Lancaster Bomber says the plane will be reassembled by 2024, in time for the 100th anniversary of the Royal Canadian Air Force.

If the plane is rebuilt by April 2024 — the month the RCAF was officially formed through royal assent — the project will be two years ahead of schedule. But it may not feel like it to the people who spent the last 15 years working on it through public scrutiny and some controversy.

One of the biggest controversies has reared up again with complaints that stabilizers sent to Britain in a parts-swapping agreement were never returned. But Don Christopher, president of the Canadian Aviation Museum, said Tuesday they were returned more than a year ago.

“The stabilizers went to the U.K. as per city council’s request,” he said. “They arrived back here last summer before the deadline. They are in our quonset hut and they are ready to go back on the airplane. There are no missing parts of the airplane.

“Everything is here that we need to put it back together.”

Windsor city council made the contentious decision in 2016 to send the Lancaster’s stabilizers to the U.K. in exchange for similar parts.

The issue at the time was that the Battle of Britain Memorial Flight Lancaster had stabilizers that were in good condition but were close to surpassing the amount of flying time allowed by British law.

The thought was that Windsor’s stabilizers had been partially restored and would be ready for flight much quicker. Since Windsor’s Lancaster was being restored as a showpiece with no intention of sending it into the skies, council voted to make a trade.

Windsor delivered its stabilizers. The ones from Britain were supposed to arrive here by 2018, but didn’t.

After getting a look at the Windsor parts, Christopher said the U.K’s Royal Air Force decided to stick with their own. They returned the Windsor pieces last year.

“Theirs would have been better (for us) but they wanted to keep theirs,” he said. “That was part of the arrangement with the city that we would either get ours back in as good condition or get theirs. They elected to give us ours back.”

Christopher said there will be some work to do after 2024, such as painting and putting on wing tips, but the plane should be largely finished by then.

The local aircraft is one of only 17 Lancasters still in existence. Only two are airworthy. The city joined with a group of former airmen from Windsor’s Air Force Club to buy the Lancaster from the Canadian government in 1964 for $1,250.

The bomber was placed on a giant pedestal at Jackson Park as the centrepiece of a memorial to 401 local airmen who died during the Second World War. It was officially dedicated in July 1965.

The badly deteriorating plane was removed from Jackson Park after four decades out in the elements, and a massive restoration project began in 2006.

With the runway now in sight after a long restoration mission, discussions have turned to where the Lancaster’s permanent home will be. Christopher said the museum is hoping it remains in their hangar, but that will be up to the city.

“We’re in the initial discussions on the long-term options of what needs to be done or could be done for the Lancaster for long-term,” said Michelle Staadegaard, the city’s manager of culture and events. “In the end it will be up to council on what they would like to see.”