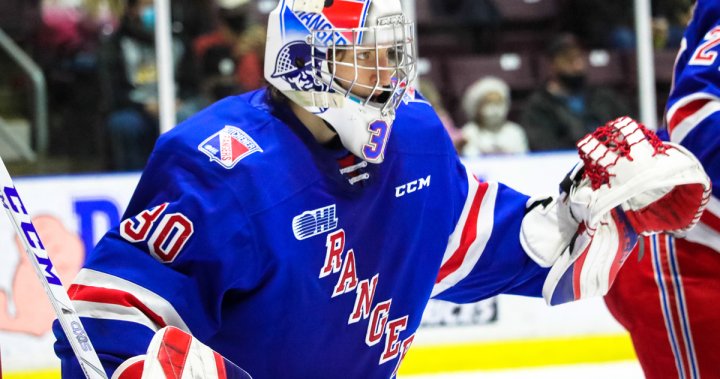 A Pavan Čajan-sized hole appeared in the Kitchener Rangers roster as the netminder has signed a two-year deal to play for the Cleveland Monsters.

The Monsters are the AHL affiliate of the Columbus Blue Jackets with whom Čajan auditioned for this week during their development camp.

“We’re thrilled to see Pavel get rewarded after having a strong year in Kitchener,” said Rangers general manager Mike McKenzie. “We’d like to thank Pavel and wish him all the best in his career moving forward.”

Čajan, who was selected by Kitchener in the 2020 CHL Import Draft, split the team’s goaltending duties last season with Jackson Parsons.

In the regular season, the Czech Republic native posted a 21-18-4 record while recording a 3.61 goals against average and a .901 save percentage in 44 games.

In the playoffs, he appeared in nine of the Rangers 14 games while recording a 3.98 goals against average and a .905 save percentage.