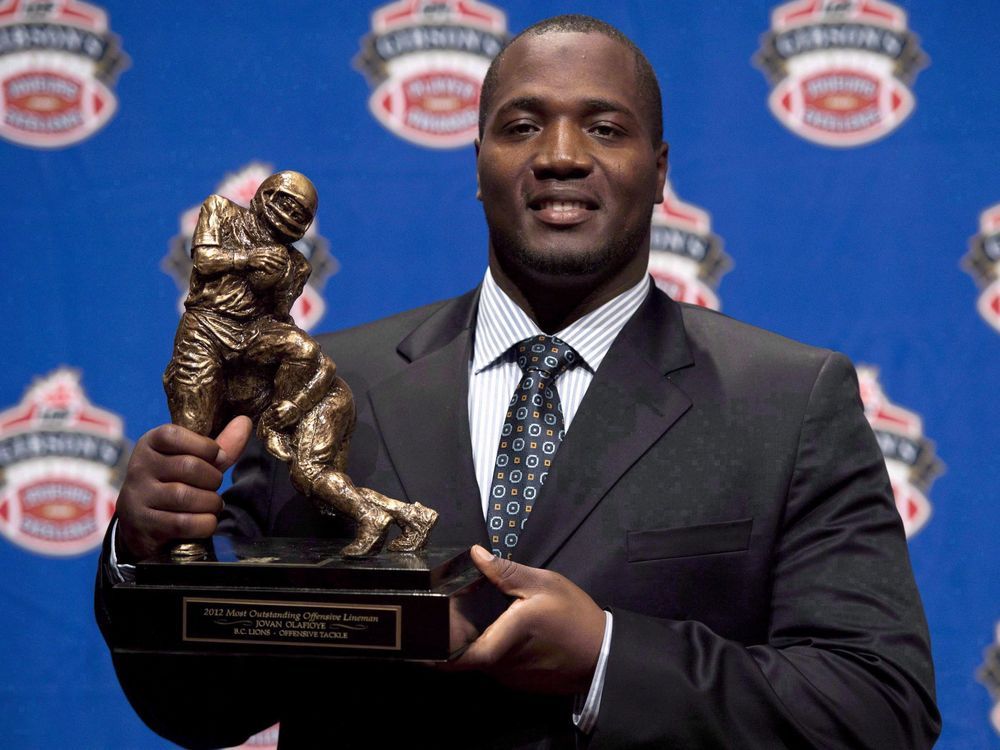 The names of kicker Paul McCallum and offensive lineman Jovan Olafioye are being added to the B.C. Lions’ Wall of Fame.

The former Leos, who won a Grey Cup together in 2011, will be honoured at B.C. Place Stadium on Aug. 6, when B.C. hosts the Edmonton Elks.

“Being added to the Wall of Fame with my former teammate and alongside all of the best to have ever played for this franchise is an amazing honour and something I will look back on with pride,” McCallum said in a release.

“I was grateful for everything that football has given me, I was able to play in front of all my friends, family and the people that helped me along the way. I am very lucky and will cherish this moment forever”

McCallum, who will be inducted into the Canadian Football Hall of Fame in September, began practising with the Lions in 1993 while still playing junior football for the Surrey Rams.

After 13 seasons spent primarily with the Saskatchewan Roughriders, McCallum returned to Vancouver in 2006.

McCallum made an immediate impact, tying a Grey Cup record with six successful field goals in the 2006 championship victory over Montreal.

He would also set a league record in 2011 by making 30 consecutive field goal attempts before earning a second Grey Cup ring that November.

He also holds the record for the longest field goal in league history at 63 yards, set with the Roughriders in 2001.

Olafioye joined the Lions in 2010 as a free agent out of North Carolina Central. He was named the CFL’s outstanding lineman in 2012 and never missed a start in eight seasons with B.C.

He was a CFL all-star in every year from 2011 to 2016. The Lions traded him to the Alouettes before the 2017 season, and, after being released by Montreal, he returned to B.C. for one more season in 2018 before retiring.

“This is an extremely humbling moment for me,” Olafioye said.

“I was proud to represent the Lions both on the field and in the community and will forever be grateful to (former Lions head coach and general manager) Wally Buono for giving me the chance to carve out a great career with a great and classy organization.”