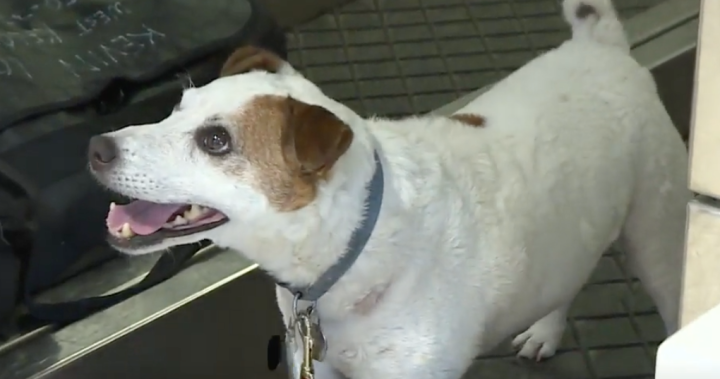 If you’re visiting the Kelowna International Airport you could be greeted by a furry friend.

The airport introduced its ‘ambassadog’ program to travellers back in 2017. With long wait times and delayed flights, the goal is for the dogs to relieve tension often felt at the airport.

“We started to realize that people come to the airport with some anxiety and some stress,” said Airport Operations senior manager Phillip Elchitz. “Either they’ve been up late the night before or they’ve gotten up early, have some children with them. Maybe they’re afraid of flying.”

“It’s great to provide a little bit of comfort, a little bit of therapy for their trip,” said ambassadog coordinator Pauline Harmatny. “We had an overwhelming response from the public, as well as the staff here at the airport so we decided to go ahead and work with the city.”

The pups not only visit passengers checking in to their flights but those about to board. In some cases, they have been the reason children board their flights.

“We had a young girl last week, she was four years old and she was crying underneath the seats in the passenger boarding area,” Harmatny said her dog then proceeded to walk up to the child. “She comforted her and her parents were so thankful they were able to get her on the aircraft.”

As summer travel heats up, how to navigate delays at home and abroad

It originally started as a pilot project with Kelowna Caring Canines, a non-profit organization that aims to build a strong bond between dogs and humans.

The ‘ambassadog’ program was full-time at the Kelowna International Airport before the pandemic.  Currently, the four-legged friends are only at the airport a few days a week. However, with their popularity, YLW is looking to change that.

“As time goes on we’ll slowly start to build the program back to where it was, we’d like to see them here 7 days a week,” added Elchitz.