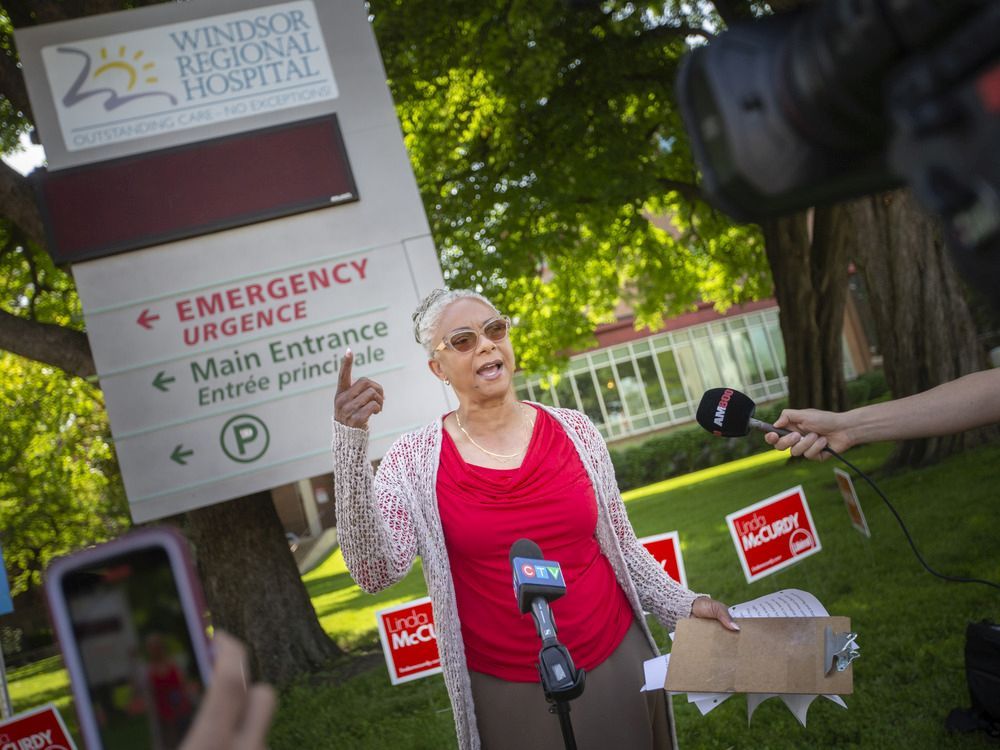 Windsor needs an acute-care facility in the downtown core in addition to the proposed new mega-hospital on County Road 42, the Liberal candidate for the Windsor West provincial riding said Tuesday.

Linda McCurdy said she supports the new hospital, but argues an acute-care facility also needs to stay in the downtown core, not just a proposed urgent and ambulatory care clinic at the current Ouellette campus site of Windsor Regional Hospital.

“When I was growing up in Windsor West, we had four hospitals,” McCurdy said. “Emergency care was accessible to everyone.”

“As the city expands, the region develops, there comes the need to have more accessible acute care for large areas.”

Citing the new hospital’s proposed location on County Road 42, McCurdy said the region needs to maintain acute-care facilities in the core as well, and suggested the former Ouellette hospital site would be an ideal location.

She noted that County Road 42 is about a $30 cab ride, or a 30-minute drive from Old Sandwich in Windsor West.

“Closing all of the hospitals and having one acute-care centre at County Road 42 creates a serious divide between services and accessibility that needs to be addressed by having 24-hour emergency care in the core, accessible to everyone in Windsor West,” McCurdy said.

Urgent-care facilities typically address injuries that cannot wait for an appointment with a family doctor, like sprains, minor cuts and burns. Emergency or acute care deals with patients with serious or life-threatening injuries. Under the current mega-hospital plan, there would be no emergency rooms remaining at Windsor Regional Hospital’s existing Ouellette and Met campuses.

It’s an issue voters have been expressing concerns about on the campaign trail, McCurdy said, adding that other cities of comparable size or smaller will have more emergency care facilities if the current hospital campuses at Ouellette and Met are closed to acute care.

Ontario Liberal Leader Steven Del Duca, who visited the region over the weekend, is committed to supporting and funding the necessary hospital care, McCurdy said, adding the party views location as a local issue, but one she would take up as the local representative if elected.