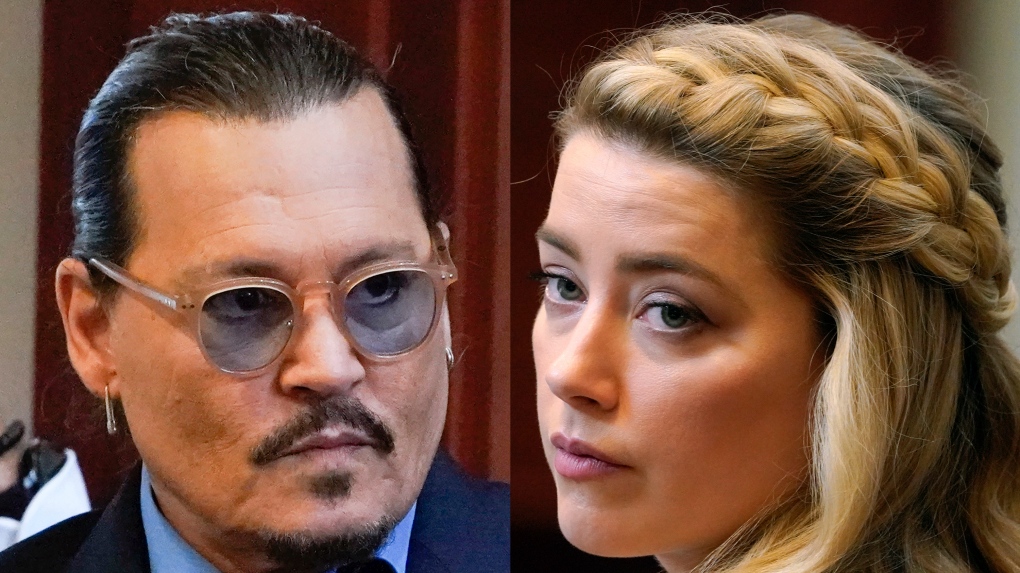 The jury in the trial between actors Johnny Depp and Amber Heard will head back into deliberations on Tuesday, in a case that has spawned widespread attention in media and online.


The seven-person civil jury began deliberations on May 27 after a six-week trial, in which Depp is suing Heard for US$50 million in a Virginia court for allegedly defaming him in a 2018 Washington Post op-ed.


Heard has claimed she is a survivor of domestic abuse and filed a US$100-million counterclaim after Depp’s lawyer called her allegations a hoax.


Depp denies he ever struck Heard and has claimed he was the one physically attacked by Heard on multiple occasions.


“I don’t think the jury will be long on what I think is the easiest part of the case, which is whether or not Johnny Depp or Amber Heard will be successful,” Canadian legal analyst Ari Goldkind told CTVNews.ca in an email on Monday.


“I think the jury will quickly, the seven of them, come to a decision as to whose presentation they find more compelling, more believable, and more credible, and that has nothing to do with social media or ‘Team Depp’ or ‘Team Heard.'”


The jury will consider both Depp’s suit and Heard’s counterclaim in deliberations. Both sides are essentially suing each other over three statements they claim were defamatory.


Unlike a criminal trial, the standard of proof in a U.S. civil trial is not beyond a reasonable doubt but rather on the preponderance of evidence, or whether a claim is more likely than not to be true.


What could take more time for the jury to consider is what damages, if any, it will award to either party, including compensatory damages and any additional punitive damages, the latter of which are effectively to punish the other party for their conduct and deter others from doing the same thing in the future.


“But while they’re deliberating, somebody’s guess is essentially good as mine. Nobody, ever, has made a successful living at predicting with certainty not only what a jury will do, but how long it will take them to do it,” Goldkind said.


Dina Doll, a legal analyst based in Los Angeles, told CTVNews.ca in a phone interview that the jury will have a lot of time on Tuesday to deliberate.


“I think the longer we see them out, the more likely it is that they feel somebody has won their case because they have gone into the damages issue, which could extend the length of time that the jury deliberates,” she said.


“It is true that there is quite a bit of evidence for them to sort through. There’s a lot of audio and video that could lengthen the time, even if they’re still on the first few questions.”


Heard’s lawyer, J. Benjamin Rottenborn, said during closing arguments that his client “wins” if Depp abused her “even one time,” whether it’s physical, emotional, psychological, financial or sexual abuse.


But Doll said while she understands the argument on a technical level, she believes it’s a bad argument in a practical sense.


“If you didn’t believe 90 per cent of what she alleged but you believe 10 per cent then she still wins, I don’t think juries work like that,” she said, adding a jury is allowed to discount a whole testimony if it believes a witness materially lied.


In the event that the jury can’t come to a decision unanimously, the judge will likely give the jurors additional instructions and ask them to try again.


If the jury ends up being truly deadlocked, it will result in a hung jury or mistrial.


From there, the parties will need to decide whether to bring their cases again under a different jury.


Doll said while this is extremely rare in civil trials, this particular case could be an outlier.


With files from The Associated Press