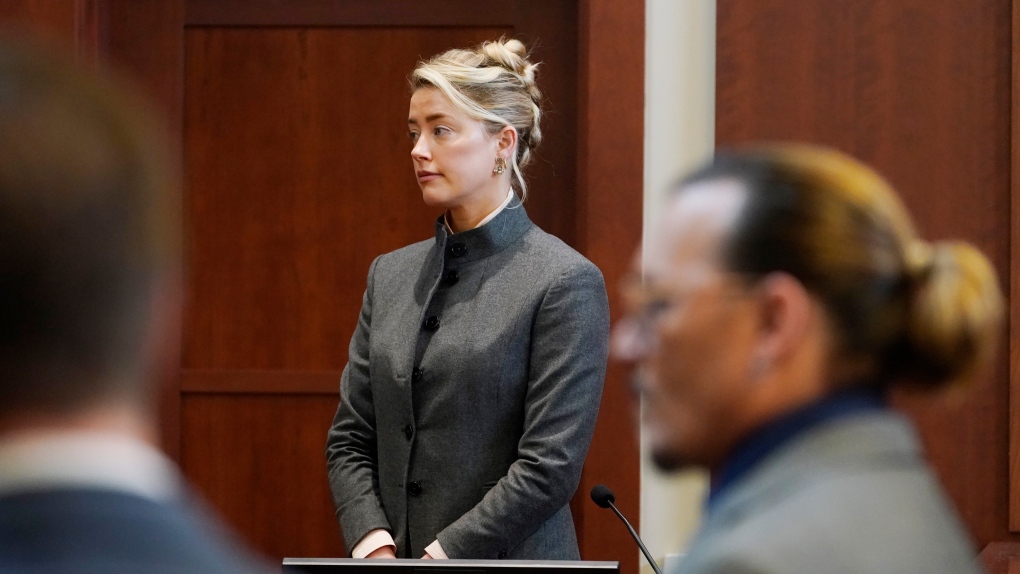 As a public figure, Johnny Depp faced a high bar to win his libel lawsuit against his ex-wife Amber Heard. According to seven unanimous jurors, he cleared it.


Depp said his ex-wife defamed him in a 2018 newspaper op-ed in which she alluded to abuse allegations against Depp. His name was never mentioned.


The Virginia civil jury ruled in favour of Depp on all three of his counts Wednesday, finding that Heard had not only made false and defamatory statements, but that she’d done so with “actual malice” — a higher threshold for cases involving public figures. Jurors concluded Depp should receive more than US$10 million.


Depp’s victory was not absolute, though. Jurors also concluded that part of Heard’s counterclaim had merits. They rejected two of Heard’s three counts, but found she was defamed by a Depp lawyer who accused her of roughing up their apartment to look worse for police. The jury awarded her $2 million.


A look at each count jurors considered:


Jurors considered whether Depp was defamed by the online headline of the op-ed in The Washington Post: “I spoke up against sexual violence — and faced our culture’s wrath. That has to change.”


But jurors concluded Heard “made or published” it and that it was defamatory.


Jurors considered the op-ed’s third paragraph: “Then two years ago, I became a public figure representing domestic abuse, and I felt the full force of our culture’s wrath for women who speak out.”


Depp’s attorneys said it clearly referenced Depp, given that Heard publicly accused him of domestic violence in 2016.


Heard’s lawyers said a mountain of evidence showed Heard was abused numerous times, and that just one instance of proven abuse would make the line not defamatory. They also argued the statement was objectively true, because it was focused not on Depp, but on Heard’s experience speaking out.


In a second passage in the op-ed, Heard wrote, “I had the rare vantage point of seeing, in real time, how institutions protect men accused of abuse.”


And, as with the other two counts, the jurors found Heard had defamed Depp with “actual malice” — there was clear and convincing evidence that Heard either knew it was false or acted with reckless disregard for the truth.


Jurors considered a statement from Waldman that appeared on The Daily Mail’s website April 8, 2020: “ΓÇïAmber Heard and her friends in the media use fake sexual-violence allegations as both a sword and shield depending on their needs. They have selected some of her sexual-violence hoax `facts’ as the sword, inflicting them on the public and Mr. Depp.”


Jurors concluded that Heard’s attorneys had not proven all the elements of defamation.


Heard scored her only victory over a statement Waldman gave to The Daily Mail. He accused Heard and her friends of fabricating abuse allegations following a 2016 fight in the couple’s Hollywood penthouse that prompted Heard to call police.


The statement reads: “Quite simply this was an ambush, a hoax. They set Mr. Depp up by calling the cops, but the first attempt didn’t do the trick. The officers came to the penthouses, thoroughly searched and interviewed, and left after seeing no damage to face or property. So Amber and her friends spilled a little wine and roughed the place up, got their stories straight under the direction of a lawyer and publicist, and then placed a second call to 911.”


Two officers testified they saw no signs Heard was injured, though she appeared in public with a mark on her face a few days later seeking a temporary restraining order.


Jurors agreed with Heard’s attorneys that Waldman’s statement was false and defamatory and that he’d acted with actual malice.


The final count against Waldman involved a statement from the same article: “We have reached the beginning of the end of Ms. Heard’s abuse hoax against Johnny Depp.”


Jurors concluded Heard’s lawyers had not proven the statement to be defamatory.