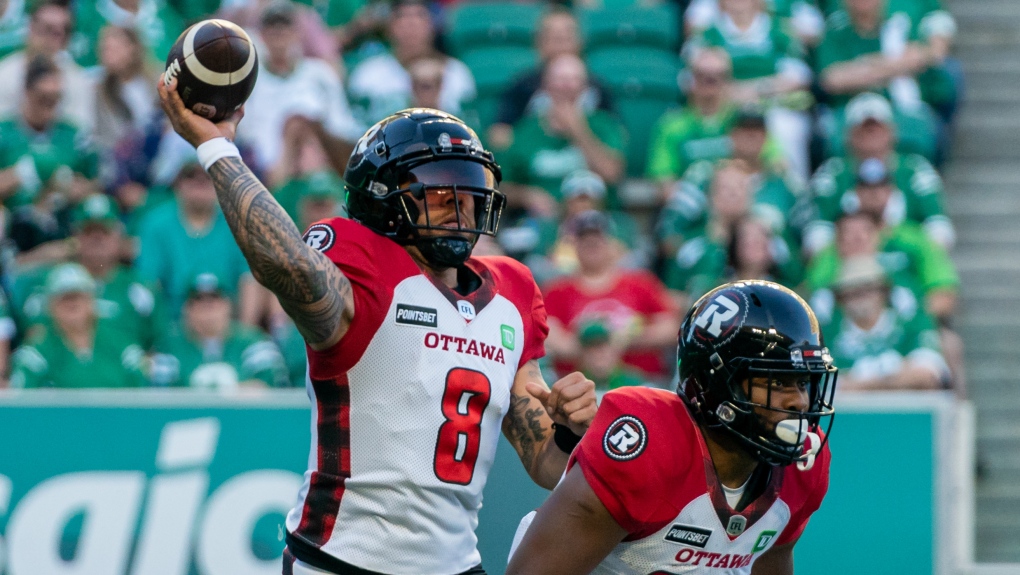 Ottawa Redblacks quarterback Jeremiah Masoli has spoken out following Friday’s game in which he was severely injured by Saskatchewan Roughriders defensive lineman Garrett Marino, accusing the league of turning a blind eye to racism.


In a statement posted to social media, Masoli—who is expected to be out 10 to 12 weeks—thanked everyone who reached out to offer support, and then moved right into a condemnation of the Roughriders organization and the CFL’s response.


“It’s sad that the hate and racist attitudes and racial insults are going to be punished with a slap on the wrist,” he said. “One game for racial insults is simply not enough in my opinion and hopefully, we can use this to promote growth and change for the better.”


Marino’s hit on Masoli, and his subsequent actions in the immediate aftermath, got him ejected from the game. The CFL later handed down an unprecedented four-game suspension. Marino is suspended two games for his dangerous, low hit, one game for an illegal tackle of an Ottawa offensive lineman, and one game for comments made about another player’s heritage, which violates the league’s code of conduct.


It is the most severe discipline imposed for in-game behaviour in the CFL’s history and league commissioner Randy Ambrosie said it is intended to send a strong message.


But Masoli added that he’s experienced racism before in the league and said the CFL should be no place for racism and hate.


He said the CFL “has done and continues to do great work” with diverse communities across Canada and it’s something of which the CFL can be proud, but he also said comments made by Roughriders coach Craig Dickenson shows an obliviousness to “serious facts they choose to ignore.”


“I’ve seen the poor and uninformed excuses given by Saskatchewan’s Head Coach and no apology from Garrett Marino, Coach Dickenson, or any executive from Saskatchewan,” he wrote.


“After playing 12 games already with a previous ejection and two fines before this incident, it is clear Garrett Marino cannot control himself. The welfare and safety of CFL players do matter and we should not have to worry about those who consistently cannot play within the rules.”


Dickenson had defended Marino in an interview, but later apologized on Twitter for his remarks, calling them insensitive and irrelevant.


“I attempted to defend his character amid accusations that he said something racially or culturally insensitive by pointing out that he has many close friends who are Black and a long-term girlfriend who is also Black. I realize this comment is insensitive and irrelevant to the conversation. I apologize for this comment,” he wrote.


But he continued to defend Marino, saying he is being “unfairly characterized and punished” for his actions. In a now-deleted tweet, Dickenson also said the four-game suspension was too harsh and he hoped Marino would appeal and have it reduced.


Long term girlfriend who is also black. I realize this comment is insensitive and irrelevant to the conversation. I apologize for this comment. That being said, i stand by my belief that Garrett is being unfairly characterized and punished for his actions in the game against


“In the CFL we say our diversity is our strength, so there should be no place for the racial hate,” Masoli wrote.


Masoli ended his note by saying he is preparing for surgery and the road to recovery.