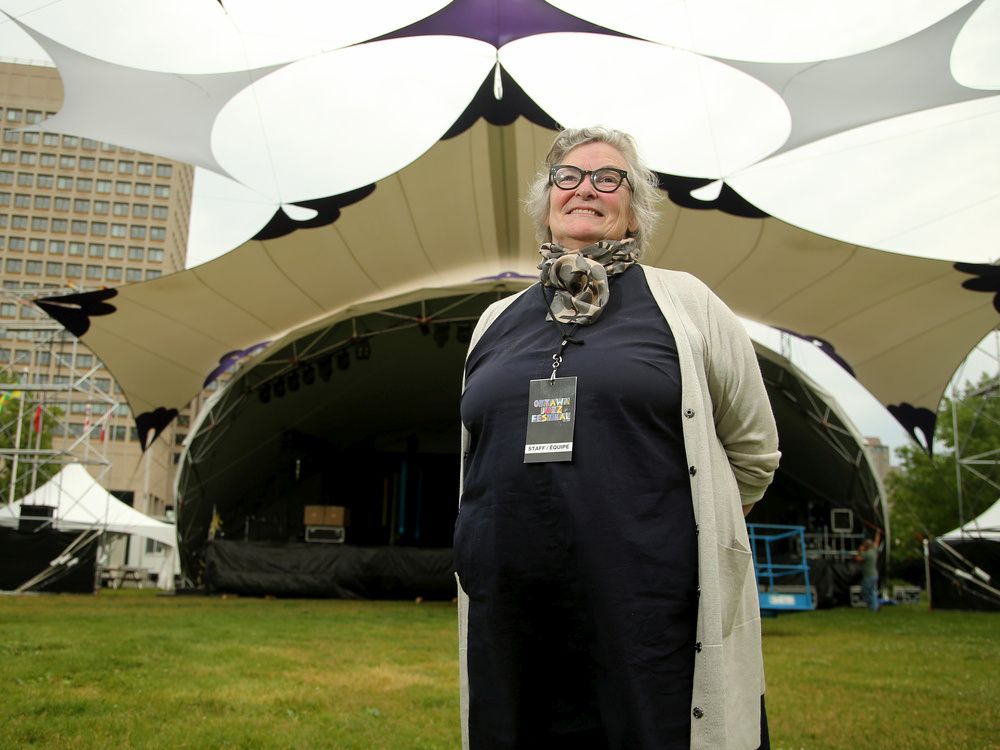 Free concerts will still be held at Jazzfest’s secondary stage at city hall’s Marion Dewar Plaza, across the street from Confederation Park. That site is smaller and easier to control, Jazzfest executive director Catherine O’Grady says.

Traditionally Jazzfest offers free concerts on July 1 at both locations, with people roaming between them and having picnics at Confederation Park.

This year, though, gates at Confederation Park will be closed on Canada Day, O’Grady said Wednesday. The festival has rented the park from June 24 to July 3, so it can control who uses it.

“Why take a chance of any errant behaviour that could erupt there?” she said.

At the same time, O’Grady encouraged people not to be afraid to come downtown to enjoy the free music on Canada Day.

A few days ago, festival organizers released a statement saying they “will not be bullied or threatened by outsiders that may want to interrupt the first great music event of the season.”

O’Grady said that was prompted by emails from worried Jazzfest patrons who lived in Centretown and had lived through the trucker “convoy” occupation of downtown Ottawa last winter.

Some fans were worried about attending Jazzfest events on June 30 and Canada Day, when anti-vaccine mandate events are planned for downtown, she said.

However, O’Grady said she was reassured by the Ottawa Police Service at a meeting Wednesday that there would be a significant police presence downtown and officers would not allow the festival to be disrupted.

“They reassured us that they are going to keep everybody safe and under control. They’ve had reassurances from the convoy people … that they want be peaceful, they want to behave, they just want to exercise their right to protest and have a peaceful demonstration.

“I hope people trust the police to protect them and they don’t let (protests) spoil our fun.”

On Canada Day, a “freedoming” picnic and concert is planned on the Supreme Court lawn in the morning, followed by an afternoon march down Wellington Street to city hall to hear speeches. The events are advertised as family-friendly.

The free Jazzfest concerts are scheduled for Marion Dewar plaza at city hall that afternoon and evening.

One of the main organizers of “freedom” events on Canada Day, Veterans 4 Freedom, declined an interview Wednesday. The organization’s policy is not to speak to mainstream or government-funded media “due to your recent history of not reporting the actual news and trying to frame a narrative,” spokesperson Andrew MacGillivray said.

Canada Marches, organizer of the June 30 event at the National War Memorial, did not respond to a request for an interview.

The key figure behind that event is James Topp, a Canadian Armed Forces veteran who has walked across Canada to protest COVID-19 vaccine mandates.

In videos posted on social media, Topp said the National War Memorial event would be peaceful and constructive and that he was not travelling to Ottawa to yell and scream, shout insults or disrupt traffic. Topp said people carrying a “Fu** Trudeau” banner or upside down Canadian flag would not be welcome. (Both were visible during the trucker convoy occupation.)

Topp, in a posting on the group’s website, said he was inspired by the trucker convoy last winter, but his march was “not the freedom convoy.”

His protest is independent and has these goals, according to information on the website: an end to COVID-19 vaccines as a job requirement in both public and private sectors or for travel and an end to vaccine passports; reinstatement of workers who lost their jobs due to vaccine mandates and restitution for their lost income; a ban on lockdowns; and healing the divisions caused by the mandates.

O’Grady said she was concerned about how the June 30 Canada Marches event at the National War Memorial might affect Jazzfest.

Some fans are hesitant to go downtown in the midst of “freedom” events, and, if there are crowds, it may be difficult to get to festival venues, she said.

Some patrons have asked for ticket refunds for June 30, which the festival is unable to provide, she said.

The ceremony at the War Memorial is scheduled for late afternoon. Concerts are being held at the nearby National Arts Centre at that time, and O’Grady says she’s concerned about noise bleed.