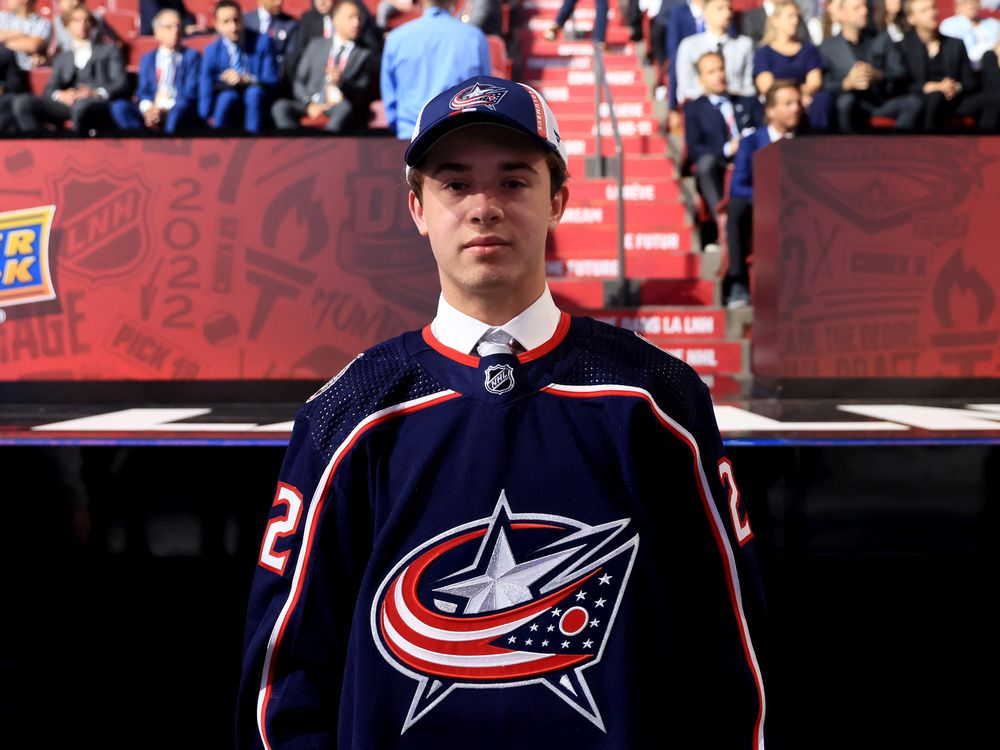 Jordan Dumais of Île-Bizard was selected at the 2022 National Hockey League draft in Montreal last Friday. The 2004-born Dumais was a third-round selection (96th overall) of the Columbus Blue Jackets.

Dumais was top scorer for the Halifax Mooseheads of the Quebec Major Junior Hockey League this past season. The  5-foot-9, 165-pound right winger tallied 39 goals and 70 assists for 109 points in his second full season with the Mooseheads.

He finished third overall in QMJHL scoring, behind only Joshua Roy (119 points) of the Sherbrooke Phoenix and William Dufour (116 points) of the Memorial Cup-champion Saint John Sea Dogs.

The NHL draft caps off a banner year for the 18-year-old forward who was also named the winner of the Frank J. Selke Trophy as the QMJHL’s Most Sportsmanlike Player after collecting only six penalty minutes in 68 games this  season.

Dumais also earned a spot on the QMJHL’s second all-star team and was named winner of the Canadian Hockey League’s Sportsman of the Year Award. Previous winners of the CHL award include Nick Suzuki of the Montreal Canadiens and Samuel Girard of the Colorado Avalanche.

Dumais was ranked 73rd of North American skaters by NHL’s Central Scouting, but EPRinkside.com said Dumais might be the outlier of this year’s draft.

“This season, he managed one of the best productions ever for a draft-eligible prospect. His 109 points in 68 games put his name on the modern historical leaderboard next to many other elite talents of the league, players like Nikolaj Ehlers, Pierre-Luc Dubois and Jonathan Huberdeau,” wrote David St. Louis of  EPRinkside.com

“Alexis Lafrenière’s draft year is the only one better than Dumais’ 2021-22 season in the past seven QMJHL seasons. The first overall pick was in his third season when he did it and Dumais is in his second. In Lafrenière’s sophomore year, he put up 105 points in 61 games, a production comparable to this year for Dumais.”