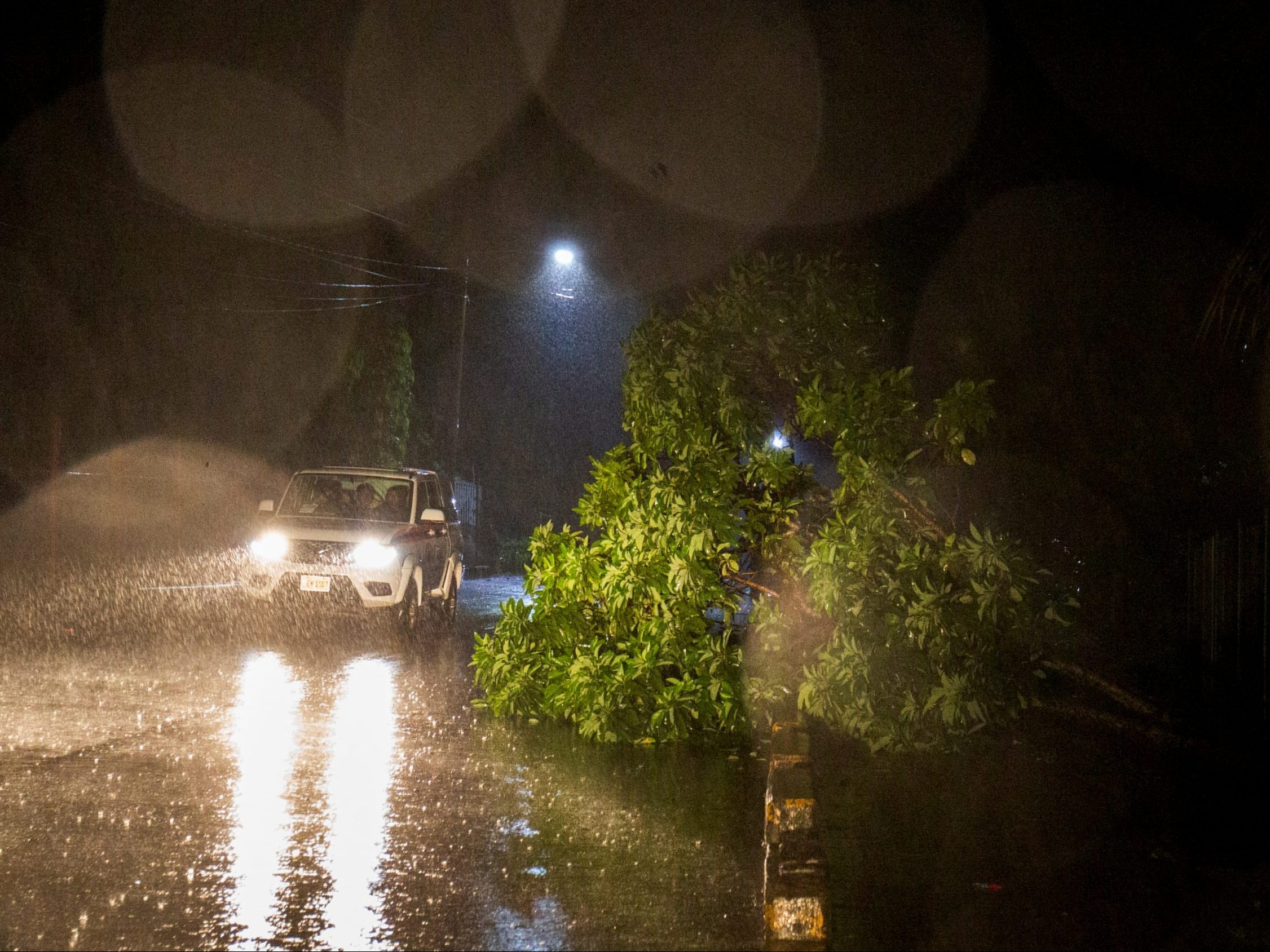 Julia hit as a Category 1 hurricane early Sunday with maximum sustained winds of 140 km/h, though its winds had dipped to tropical storm force, 110 km/h, by late morning as it pushed across Nicaragua with heavy rains.

The U.S. National Hurricane Center said Julia was centred about 105 kilometres east-northeast of Managua, the capital, and was moving west at 24 km/h.

It said life-threatening flash floods and mudslides were possible across Central America and southern Mexico through Tuesday, with the storm expected to bring as much as 15 inches (38 centimetres) of rain in isolated areas.

Colombia’s national disaster agency reported Sunday that Julia blew the roofs off at least five houses and knocked over trees, but there were no reported casualties as it blasted past San Andres Island east of Nicaragua.

In Nicaragua, Vice President Rosario Murillo told TN8 television that there had been no reports of deaths so far, but power and communications were cut to some areas. She said that 9,500 people had been evacuated to shelters.

Guillermo Gonzalez, director of Nicaragua’s Disaster Response System, told official media that people at high risk had been evacuated from coastal areas by noon Saturday. The army said it delivered humanitarian supplies to Bluefields and Laguna de Perlas for distribution to 118 temporary shelters.

The storm was forecast to emerge over the Pacific and skirt the coasts of El Salvador and Guatemala, a region already saturated by weeks of heavy rains.

In Guatemala, storms since early May had already caused caused at least 49 confirmed deaths, with six people missing. Roads and hundreds of homes have been damaged, Guatemalan officials say.

In El Salvador, where 19 people have died this rainy season, the worst rainfall was expected Monday and Tuesday, said Fernando Lopez, the minister of environmental and natural resources. Officials said they had opened 61 shelters with the capacity to house more than 3,000 people.