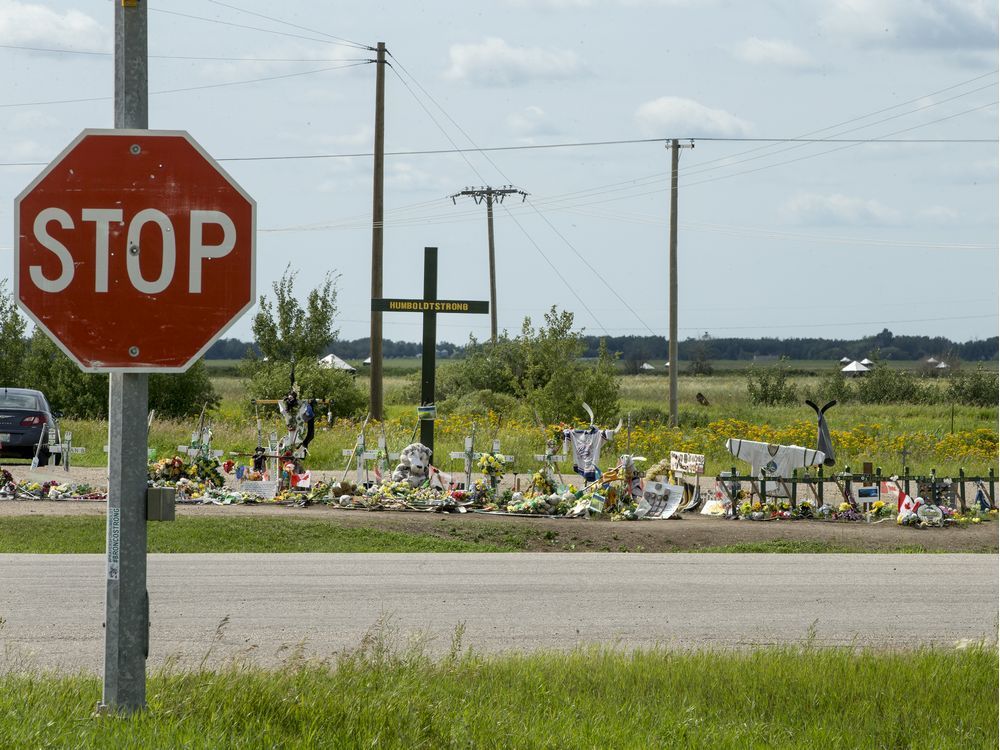 Families of those killed or injured in the Humboldt Broncos bus crash are raising concerns that provincial requirements for truck driving licences could be loosened as the industry deals with a shortage of drivers.

The crash killed 16 people and injured 13 others after the junior hockey team’s bus collided with a transport truck at a rural Saskatchewan intersection in April 2018.

A letter to the Saskatchewan government signed by the Broncos families expresses opposition to the possibility of eliminating the need for a Class 5 driver’s licence before obtaining a Class 1 commercial driver’s licence.

It says the province is under pressure due to a shortage of drivers, but making it easier to get a truck driver’s licence is abhorrent and not in the best interest of anyone travelling on the country’s highways.

There was no mention of potential changes in Wednesday’s speech from the throne in Saskatchewan.

The letter says there has always been a shortage of drivers, but people’s loved ones are not expendable.