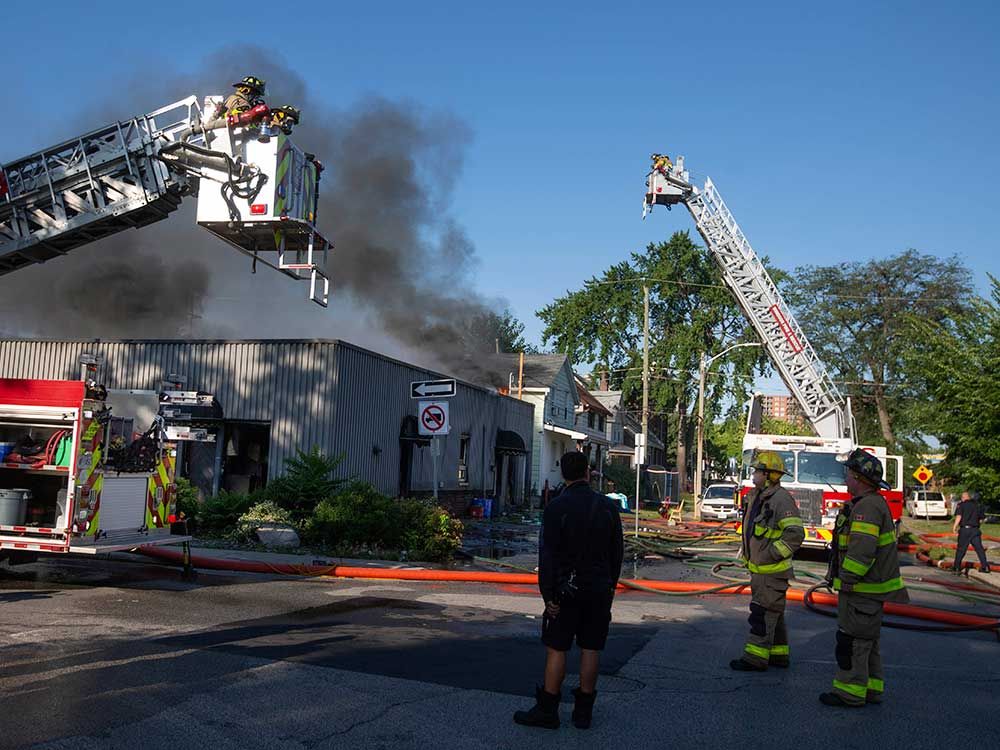 A fire scene near Windsor’s core resulted in so much smoke that firefighters recommended nearby residents keep their doors and windows closed on Thursday morning.

Windsor Fire and Rescue Services responded shortly before 4:20 a.m. to reports of flames and smoke at a multi-unit structure at 495 Tuscarora St., on the southwest corner of Tuscarora Street and Glengarry Avenue.

Firefighters arrived to find the blaze already so intense that a defensive approach to the situation was necessary.

Flames were visible on the roof of the building — a single-story commercial structure repurposed for residential use.

Two fire trucks deployed their aerial platforms to direct streams of water on the fire from above.

Heavy smoke filled the neighbourhood, visible from blocks away.

Despite the advice of Windsor Fire and Rescue Services, many citizens went outside to stand and watch.

As of 9:30 a.m., firefighting efforts continued.

The public has been asked to avoid the area.