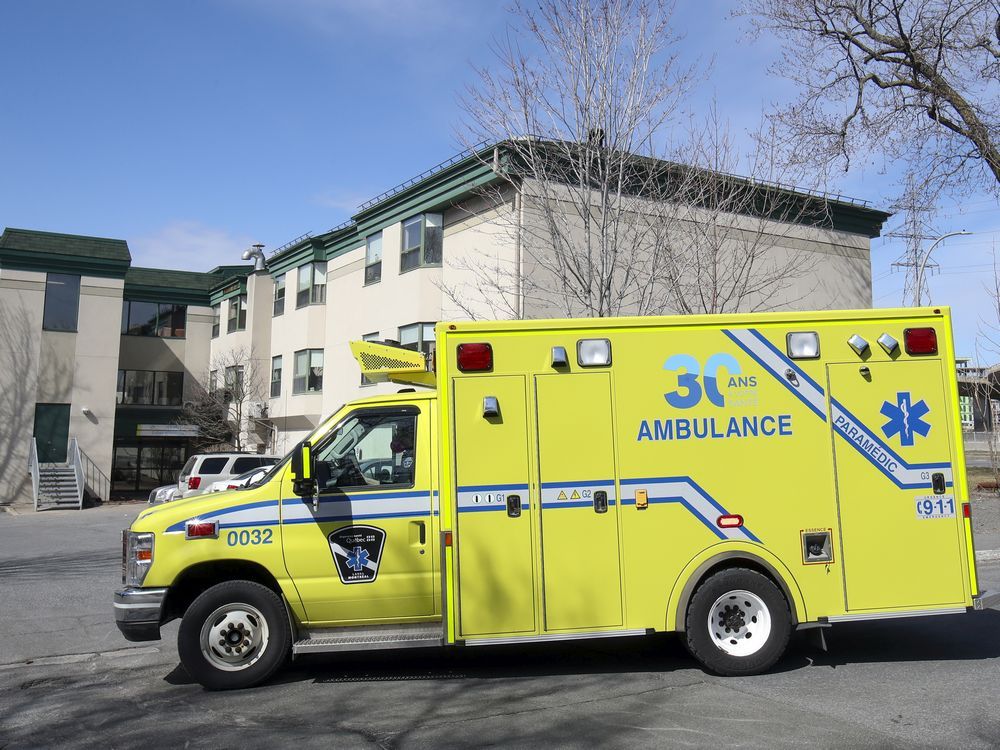 The devastating toll of the first wave of COVID-19 on Quebec’s ill-prepared, understaffed nursing homes has been documented in great detail.

The ombudsman, the health commissioner and coroner Géhane Kamel have all written exhaustively about how the more than 4,000 elderly died in long-term care in the spring of 2020 because they were Quebec’s “blind spot.” The catastrophe at the Maison Herron, where 47 residents died, was first brought to light by Aaron Derfel in the Montreal Gazette. The tragedy that played out across Quebec has since been probed in depth in books like 5060: Hétacomb dans nos CHSLDs by three journalists at La Presse.

But new research challenges the notion that Quebec has learned from its disgrace or made improvements to spare vulnerable seniors from subsequent waves of COVID-19.

In an analysis of publicly available data that he presented to fellow researchers at the McGill University Health Centre Research Institute Wednesday, Dr. Steven Grover, a professor of medicine and director of the Comprehensive Health Improvement Program, showed that Quebec has led the country in nursing home deaths throughout the pandemic.

“Across Canada, Quebec’s long-term care facilities were responsible for nearly half the deaths among elderly residents and just over one-third of the deaths among staff,” Grover said. “And that’s as of last month. That’s now. The idea that things were terrible at the beginning and we got on top of it, it’s not true.”

Quebec’s death rate in CHSLDs has remained elevated throughout the pandemic.

“In Quebec, in the first wave, we had 43 deaths in the long-term care population per 100,000 population compared to Ontario’s 14 and B.C.’s 3. because they didn’t let their workers go from place to place,” Grover said.

“If you compare our mortality rates in Quebec in the elderly in long-term care to nursing facilities in Ontario, let’s say, we’ve had close to twice the number they had. Which means close to 3,000 people didn’t have to die. That’s horrible. I understand the elderly dying because they got infected and their condition took them over the top. That’s just the way it goes. I see that every day,” Grover said. “But 3,000 unnecessary deaths or 3,000 more than should have happened?”

The deaths have been spread out over the course of the pandemic, Grover noted, even with Quebec’s world-leading vaccination rate.

“It wasn’t just one big first wave that was responsible for the mess in Quebec. It was a recurring thing,” Grover said. “By the time we got to the big Omicron wave around Christmas, Quebec was way ahead of the pack again. So we learned nothing from this. We had two years to try and clean up the situation and we were completely unsuccessful.”

Grover attempted to get to the bottom of why did so many Quebecers have died in nursing homes by examining other common denominators.

Quebec has the second highest number of long-term care beds in Canada, for instance, and the vast majority are public. That statistic alone counters the wisdom that nationalizing nursing homes is part of the answer to improving care. This idea originated after the disaster at the Herron, which was a private home when the problems started. But it ignores the fact appalling conditions persisted for 10 days after the West Island CIUSSS stepped in.

“Just having a bed is not good enough. If you can’t take care of people, you’re better off not having the bed,” Grover said. “But don’t pretend you’re taking on responsibility here and let people lie around in their soiled diapers waiting for a drink and someone to feed them,” Grover said. “You can’t just take this stuff on and have no accountability. That’s unacceptable.”

Canada also lags other Western countries in the ratio of caregivers for its aging population.

“Places like Norway, Sweden, Israel, Switzerland, they’re looking at twice to three times the number of long-term care workers per person 65 and over,” Grover said.

Caregivers are also underpaid for the back-breaking work they do. Amid a labour shortage, there are more positions vacant in long-term care in Quebec per capita than Ontario, Alberta or B.C. Despite the goal of recruiting 10,000 new workers, there still aren’t enough to end the practice of sending orderlies to multiple institutions. There are more language and animal welfare inspectors than there are inspectors who monitor conditions in nursing homes.

Grover’s area of expertise is on health prevention, not long-term care. But he was motivated to drill down into the data on nursing homes after an elderly patient wanted to seek assisted dying once she was told she would have to be placed in a CHSLD.

“To be honest with you, if I were in her shoes, I’d be thinking the same thing,” he said.

Grover ended his presentation with a chilling projection. If care is lacking now, the C.D. Howe Institute says the need for long-term care will grow four-fold over the next two decades as Canada’s population ages.

“I don’t see that we’re going to be able to quadruple our spending in the next 20 years. We can barely keep up right now,” he said. “I’m not overly optimistic.”

All our coronavirus-related news can be found at montrealgazette.com/tag/coronavirus.

For information on vaccines in Quebec, tap here.

Sign up for our email newsletter dedicated to local COVID-19 coverage at montrealgazette.com/coronavirusnews.

Help support our local journalism by subscribing to the Montreal Gazette here.